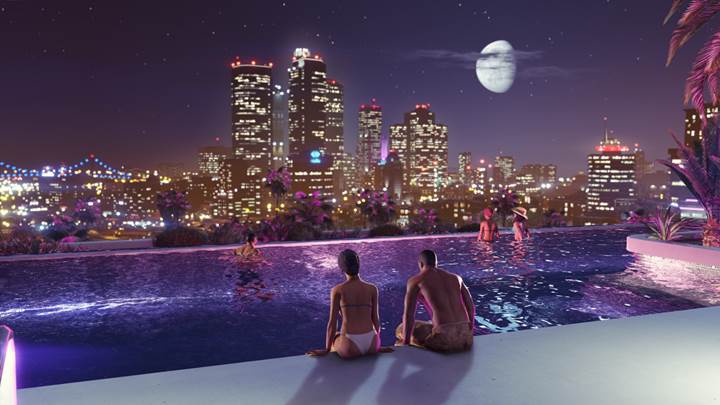 It’s been a long time coming but the Diamond Casino Resort has finally arrived in GTA Online. The update is avaliable today, and alongside the rollout of this major content update for the long-running game, Rockstar has released patch notes for those looking for the nitty gritty of what this patch actually brings.

Let’s start with the big stuff. Obviously the casino is finally open and with it comes promised features such as games including Slots, Blackjack, Roulette, and Three Card Poker. There’s also the Lucky Wheel which players can spin once per day for a random GTA Online rewards which can include GTA$, high-end cars, and clothes.

Arguably the most exciting addition is the new Penthouse suite which Rockstar is calling “the most opulent living space on the planet.” You’ll be able to customize it with eight optional add-ons including a Lounge Area, Media Room, Spa, Bar and Party Hub, Private Dealer, Office, Extra Bedroom and a Garage. It’ll also come with a VIP membership to the Casino which includes valet, limo service, and access to high-limit tables.

There’s also a tier membership that will further upgrade your penthouse suite going from Silver to Diamond which will progress as you complete the story and then further on via the cooperative missions. Among other perks along the way, getting Diamond status will get you the Annis S80RR supercar.

Also, there will be new cooperative and online story missions as well that will involve you defending the casino owners, the Cheng family, from a hostile takeover from an aggressive Texan business family, the Duggans.

Read the full notes here, and have fun if you’re jumping in.