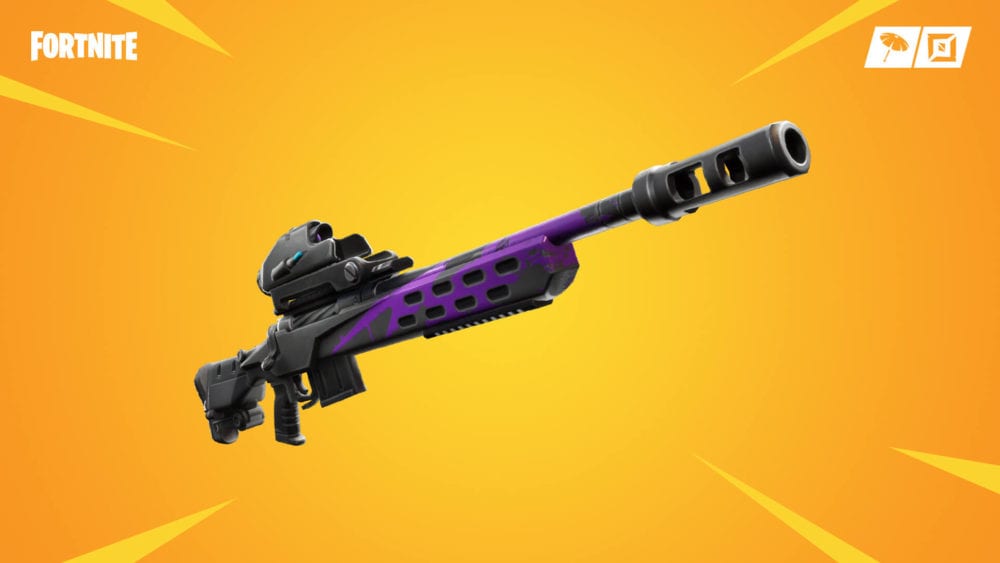 Epic Games has just shared the patch notes for Fortnite’s 9.41 update, which may be the final patch the game receives before Season 10 commences later this week. A future Storm-seeing Sniper has been added to the arsenal, and Birthday Presents are here to celebrate the game’s second anniversary Here’s what you need to know about the new update.

Starting off with the new weapon, the Storm Scout Sniper Rifle allows players to “Stay one step ahead of the Storm by scoping in to see its next location.” This is shown by an embedded weather map within the weapon’s scope that displays upcoming storm circles before they’re shown on the minimap.

The Storm Sniper Rifle is available in Epic and Legendary rarities, with each dealing out 81 and 85 base damage, and 202 and 212 headshot damage respectively.

Alongside the introduction of this swanky new sniper, are Birthday Presents. These are available in Legendary Rarity and can be found from Floor loot, Chests, Vending Machines, Supply Drops, and Llamas. There are six possible packages of loot, but Epic hasn’t revealed exactly what’s inside as of yet.

To coincide with the presents, what birthday celebration is it if you haven’t got cake? Birthday cake can now be found around various Points of Interest and named locations in the game, which grant five health and five shield when interacted with and eaten. Both the cake and presents will go live in Fortnite on July 25.

Finally, to keep players going a little bit longer until the beginning of Season 10, Epic Games has added Overtime Challenges into the game. These won’t grant you a free Battle Pass as they did back in Season 7, but instead will reward players with XP to help them reach Tier 100, and other cosmetics to add to their collection.

Fortnite’s 9.41 update is available on all platforms now, and there’s no downtime either. That means you can jump in as soon as the download’s done. For more on Fortnite Season 9, be sure to check out our ever-expanding Fortnite Season 9 guide wiki. Or, prepare yourself for one of the upcoming Overtime challenges with our guide on where to score a goal on an indoor soccer pitch.