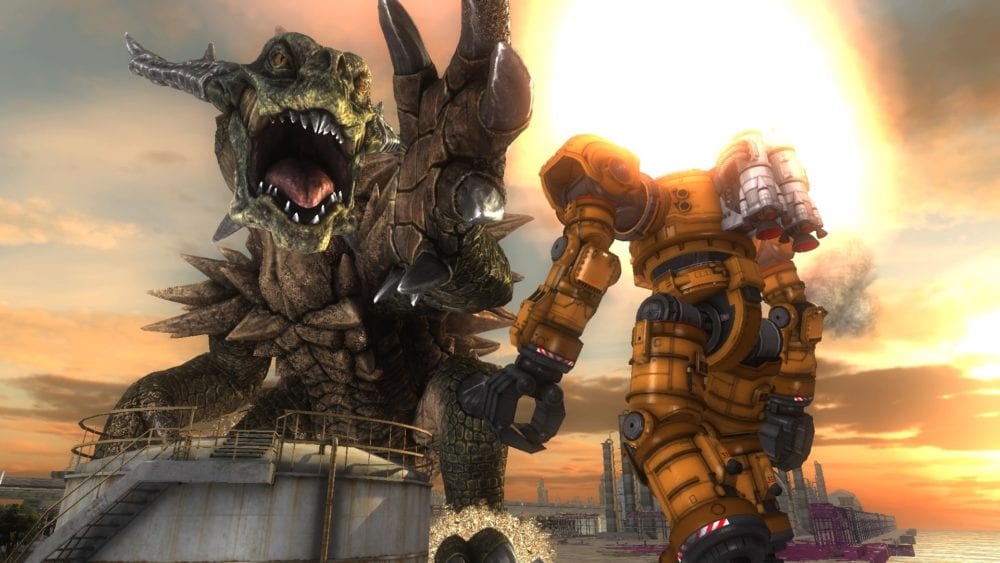 Earth Defense Force 5 has finally made its appearance on Steam. Slated for release later this month, EDF 5 will be expanding from its PS4 platform to greet fans new and old on the PC.

Now, you can do your best to save Mother Earth from any alien attack on your computer. You’ll be getting the same EDF 5 players loved and enjoyed on PS4. So, get ready to defend against hordes of crazy unknown aliens, giant Godzilla-like monsters, and enormous ants and spiders. You’ll be able to play through dozens of action-packed missions either solo or online with four player co-op.

Pick from four unique classes to play. The Fencer is a hardy, armored tank class that can withstand anything thrown in their way. The Wing Diver is an airborne unit, soaring high in the sky and raining death from above. The Air Raider supports the team with stat boosting technology and the ability to call down powerful airstrikes from far off the map. Finally, the Ranger is your classic soldier and jack-of-all trades with a wide range of vehicles and weapons at their disposal. Each class gets plenty of unique weapons and gadgets to fight with so don’t be afraid to mix and match throughout the game.

With many ways to play, dozens of crazy weapons to try, and over 100 different missions to go through, EDF 5 is sure to keep you entertained for hours on end.

For those of you ready to give Earth Defense Force 5 a go on the PC, here are its system requirements:

For more on Earth Defense Force, the latest installment in the EDF series, Iron Rain, just hit the PS4 earlier this year. Check out our review here.