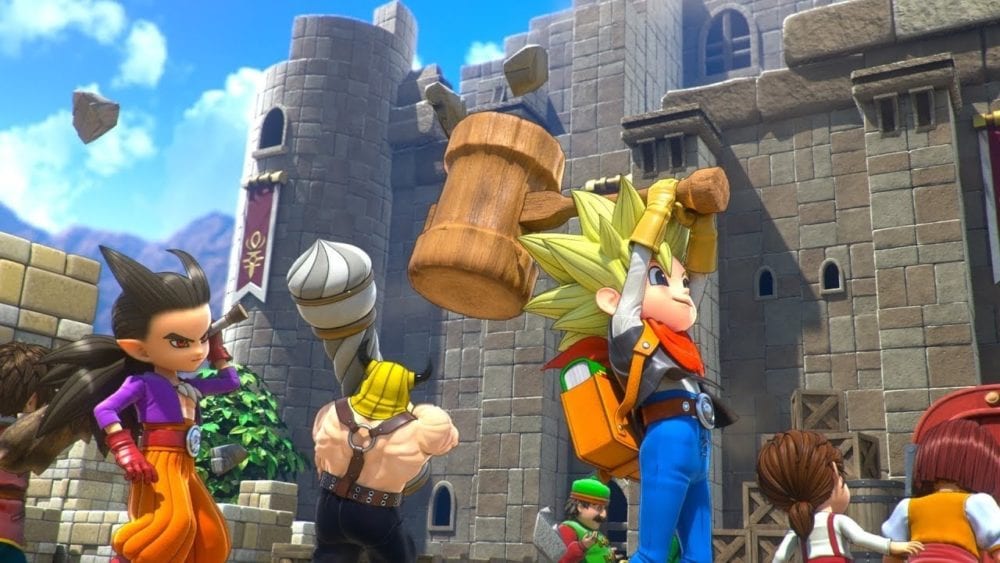 A Minecraft clone though it may be, Dragon Quest Builders 2 still has several JRPG elements incorporated into its design. This includes the ability to level up, and if you’re not a fan of grinding, you probably want to know how to get experience fast.

It’s a fair want. After all, being at a higher level means not struggling to fight off waves of monsters attacking your base and getting crafting recipes as soon as possible.

Fortunately, we’ve done the leg work and figured out a sure-fire way to get all the experience you could want as fast as possible, regardless of which island you’re at.

Which Monsters to Fight to Get XP Fast

To get straight to the point, there are a select few monsters you can always count on to give you heaps of experience; those being the Grime Reaper-looking enemies that appear at night and attack you if you stray too far from the light of your base.

These enemies have a variant on every island, always reward you with a large quantity of experience for defeating them and spawn frequently so long as you stay away from well-lighted areas.

However, they’re also far more powerful than any other enemy you’ll come across, and most players wouldn’t be blamed for assuming they should steer clear of them whenever possible.

Fortunately, these monsters are easy to dispatch with a simple strategy.

Wait for them to materialize behind you and wind up a swing with their scythe. Once they do, jump forward and to the right to dodge out of the way, then make an about-face and start pummeling them with attacks.

Malroth should join in alongside you with attacks of his own, and you’ll trap the monster in a staggered state until a quarter of its health is depleted. At this point, it’ll warp away and attempt to attack you from behind again.

You can repeat the above strategy until it reaches the red zone of its health. When this occurs, it’ll start doing a two-hit version of its rear attack strategy, which you’ll have to spend longer dodging.

Once you do though, go back to pummeling it. It should go down before long, granting you a huge boost in experience.

Rinse and repeat this strategy for a short while, and before long you’ll be head and shoulders above any monster that tries to cause you trouble.