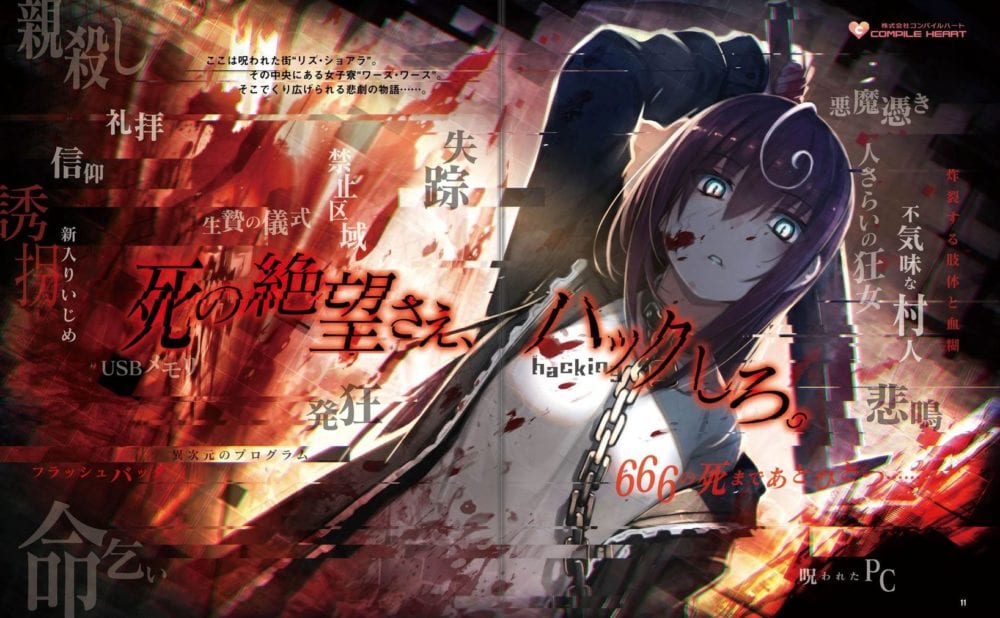 The game is coming to PS4 and doesn’t yet have a release window. Compile Heart has been teasing it for a few days and it’s the sequel to Death End re;Quest, which has recently been released in the west for PS4 and PC.

This time around, the setting changes quite radically, and it’s a “cursed town” named Liz Shoara, where the ladies living in a female dormitory start going missing. The protagonist named Mai has to use her hacking ability to start unraveling the mystery. Yet, this starts a new “rondo of despair.” The lost genius programmer from the previous game Shiina Ninomiya also makes an appearance.

The town of Liz Shoara is located in the mountains of a certain region with a church built in the center, with a ladies’ dorm attached to it. As the girls disappear one after the other, the protagonists will become involved in a mysterious phenomenon involving the city and in the conspiracy spreading around it.

We get to see four characters including the returning heroine Shiina Ninomiya and the new one Mai Higashiyama, who is a genius hacker with an extremely high IQ but lacking in her studies.

Her friend “Rotten Dollheart” (that’s a nickname) is the daughter of the dormitory’s manager, bright and friendly. She actually has a closed heart contrasting with a curious side, always rushing to solve mysteries.

Liliana Piata is a girl who speaks in an adult-like tone in contrast with her age and appearance. Her father has committed suicide and she has been abused by her mother. She now seeks a mother’s love.

You can check out the screenshots and artwork below.

Of course, Death End re;Quest 2 has not been announced for the west just yet, but we can only hope to hear about it soon.