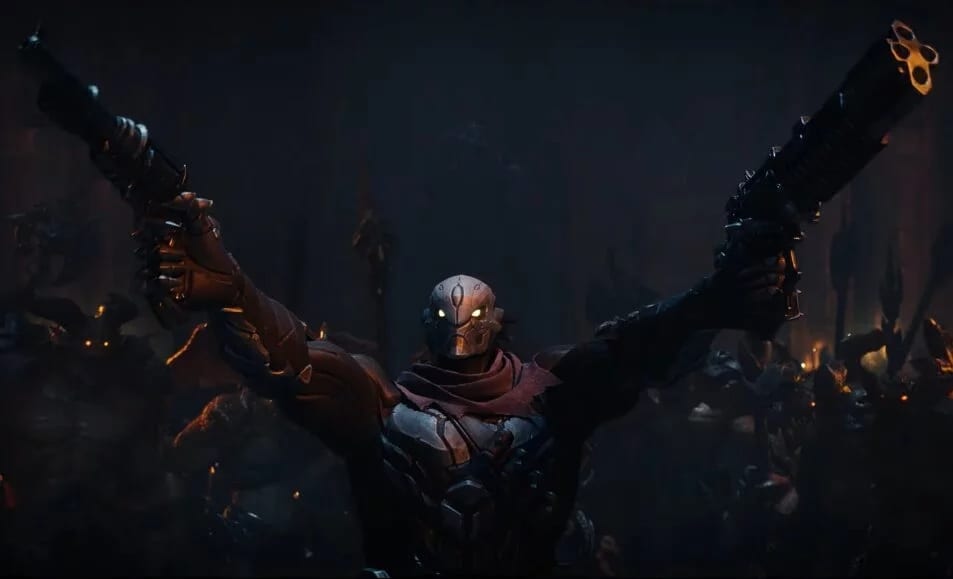 Plenty video game special editions come packed with a bevy of bonuses, but Darksiders Genesis is one of the few, if only, to include a board game.

Earlier today, THQ Nordic announced the Darksiders Genesis Collector’s and Nephilim Editions. The Collector’s Edition, priced at $109.99 for PC (though the console version is a slightly more expensive $119.99) will come with the game, an artbook, a soundtrack, a sticker sheet, a steelbook, and a figure of the game’s protagonist Strife. This edition is on par with the Darksiders III Collector’s edition, which included similar items but featured DLC instead of a sticker sheet.

The Darksiders Genesis Nephilim Edition, however, is a different beast entirely. Limited to 5,000 units worldwide, this edition will include everything from the Collector’s Edition as well as the official Darksiders board game, Darksiders: The Forbidden Land. We don’t know much about the board game, but it is so big and expensive that the Nephilim Edition will set you back a whopping $379.99.

Unlike previous Darksiders games, Darksiders Genesis takes a decidedly isometric action RPG approach to gameplay. While Darksiders 1 and 2 are similar to games like The Legend of Zelda and the original God of War —and Darksiders 3 takes cues from Dark Souls— early gameplay previews indicate Darksiders Genesis will play along the lines of titles such as Diablo 3 and Victor Vran.

Darksiders Genesis’ Collector’s and Nephilim Editions are currently available for pre-order. The game is scheduled to released later in 2019 for the Xbox One, PlayStation 4, Nintendo Switch, PC, and Google Stadia.