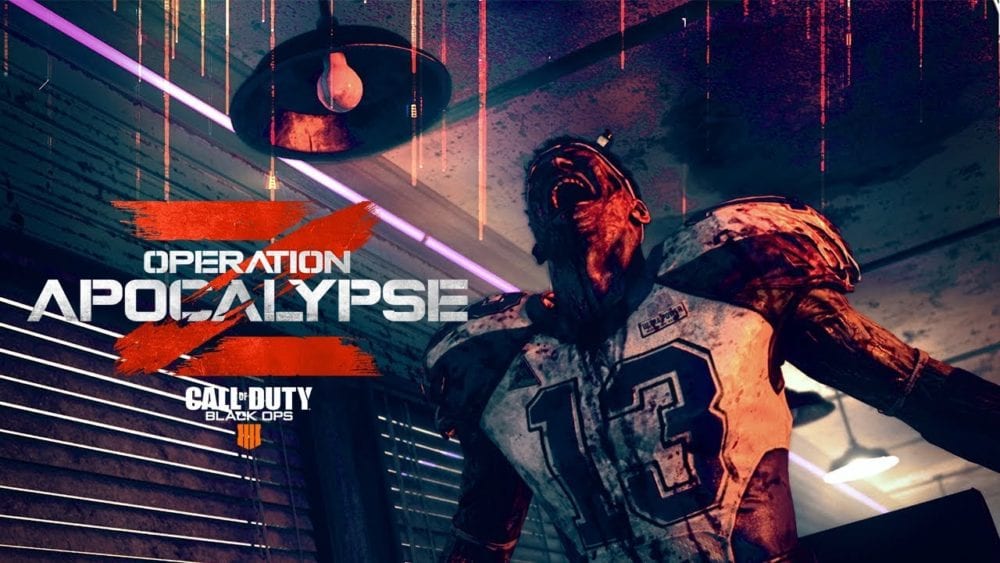 Activision has just dropped a new trailer for the upcoming Operation Apocalypse Z, arriving for Call of Duty Black Ops 4 tomorrow, July 9, on PS4, “with other platforms to follow.”

The new mode will see players take on the role of Reaper in multiplayer as a scythe-wielding Specialist, battle their way across newly updated Blackout maps, and “take on an all-new Zombies experience.”

Notably, characters Danny Trejo and Mr. Shadows appear to be making a return, the former players will remember from Call of the Dead, while the latter is the lead singer of Avenged Sevenfold who has also featured in previous Call of Duty games.

Precise details on new gameplay features are slim, but we did spot new weapons like the M16, Crossbow, and a new sniper rifle. Also, it looks as though zombies will be wielding guns and there are teleporters similar to those in standard zombies modes.

Activision said of the mode in an official description:

Fans will find exciting new ways to play, including Multiplayer maps and modes that channel the Zombies legacy, a new Zombies experience, eerie changes throughout the Blackout map, and more new weapons for players to unlock and master.”

You can check out the trailer for yourself below, which is anything but short on action: