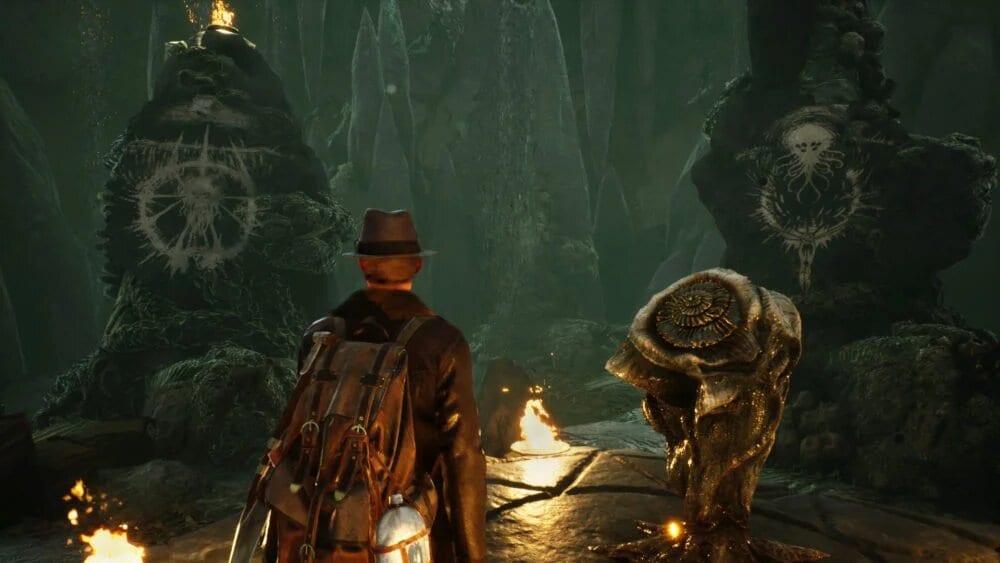 The Sinking City, the new open world adventure based on writings of H. P. Lovecraft, is available now. The map that’s partly submerged in water is complex and detailed, so you’ll want to find the best way to get around it. Here’s everything you need to know about how to fast travel in The Sinking City.

Getting access to the fast travel system in The Sinking City will be very helpful because the city can be quite a maze at times. Not only will you have to switch between traversing on foot and by boat, but simply finding your way through buildings or around blocked off areas can be a bit of a headache.

The first fast travel point that you’ll come across will be outside the Devil’s Reef Inn. It’s a phone box that you can interact with and it’ll come up with a map. That map is what will show you all the fast travel points throughout the rest of the game.

You’ll need to go to each one for them to actually show up though. Once you’ve interacted with them once, they will begin to appear on the map at other points for you to travel between them.

They’re scattered pretty well throughout the game’s districts, with a few being in each one, and you’ll see them by a compass icon appearing on the map. You can also spot them that was by looking at your HUD when you’re trying to get to one for the first time.

If you see a fast travel point while out exploring, it’d be best to interact with it, because you’ll inevitably want to use one a little later on.

That’s everything you need to know about how to fast travel in The Sinking City. For more on the game, be sure to search for Twinfinite.