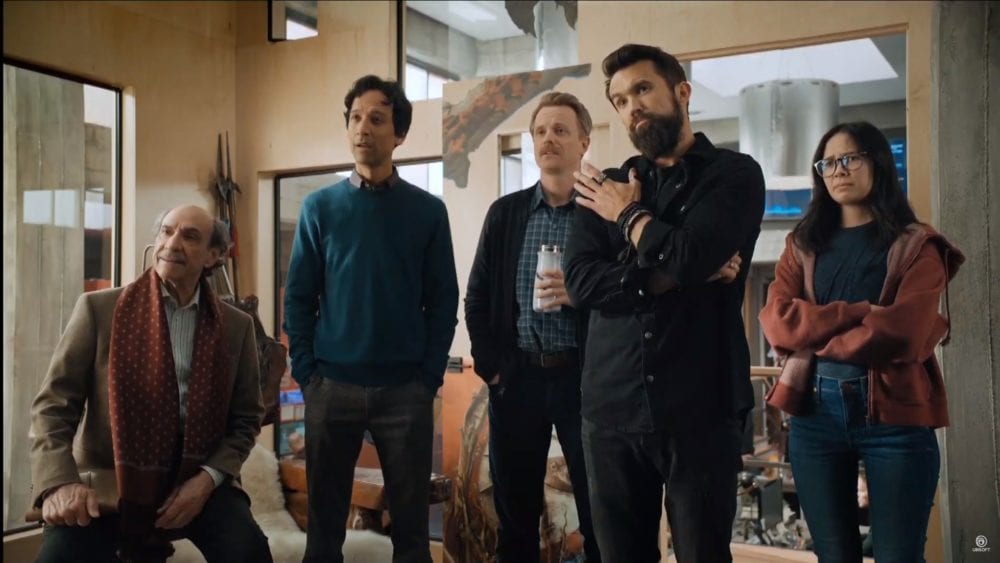 At Ubisoft’s E3 conference today, Rob McElhenney, creator of It’s Always Sunny in Philadelphia, announced that he is helping to create a TV show about game development. Based off a non-existent MMO, Mythic Quest: Raven’s Banquet follows the lives of a team of game developers as they struggle to develop and release the game of the same name.

At the head of this fictional development team is creative director Ian Grimm, played by McElhenney himself. Grimm may be tirelessly dedicated to his game, but he also has, as McElhenney puts it, “an ego the size of a city bus”. This trait that will be readily apparent through the course of the show, as the development team bumps heads with Grimm and his big-headed attitude.

After presenting the concept for his show, McElhenney rolled a brief trailer, which at first seems like a normal game trailer for a medieval fantasy game. After a while, though, it cuts to footage of Grimm, over-glorified by the deep-voiced narrator, who compares him to the likes of famous movie directors like Steven Spielberg and James Cameron. Suddenly, the trailer stops, and we hear a developer ask “what is this?” It’s this moment that we’re introduced to the cast of the show, lead by the arrogant Ian Grimm himself.

Based on McElhenney’s track record, we believe that he has all the experience needed to help with a satirical comedy of this nature. There’s no set release date for Mythic Quest: Raven’s Banquet right now, but McElhenney confirmed that the show will be coming to Apple’s new subscription service, Apple TV+.

Stay tuned to Twinfinite for more details on the Ubisoft E3 conference.