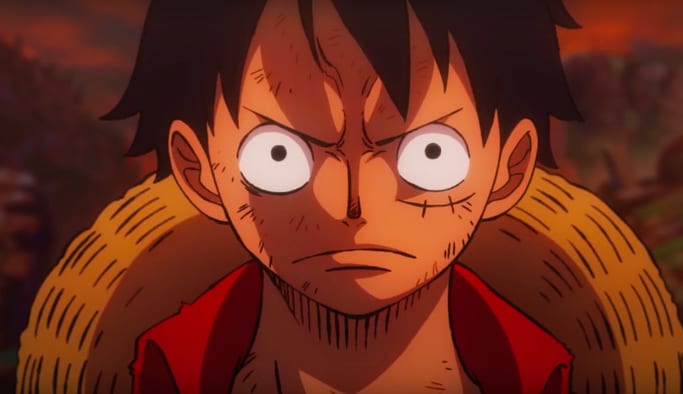 The latest trailer for One Piece: Stampede has dropped, and it provides a bit more context for what the Strawhat Pirates will find themselves caught up in.

Streamed on June 26 by the official Toei Animation Twitter account, the trailer gives a better glimpse of the upcoming movie’s plot and characters.

Drawn to a mysterious island by an invitation to a pirate convention, the Strawhats find themselves rubbing shoulders with some of the most powerful pirates and crews in the world.

This includes several old friends they’ve met in their adventures, from Trafalgar Law and Bartolomeo to the conniving Buggy the Clown.

Each and every one of them has come for one simple reason: To find a treasure supposedly hidden on the island by Gol D. Roger and come one step closer to becoming the King of the Pirates.

It isn’t long, though, before they begin to realize that the convention’s organizers – Douglas Bullet, a former Roger crew member, and Buena Festa, a war instigator – have darker plans in store for them.

Both the Strawhats and their friends can be seen falling into more and more perilous situations, with Usopp even suffering an injury of unknown magnitude.

Needless to say there’s plenty of intrigue, suspense and teases of big battles, so be sure to check the trailer out down below for the full picture.

Initially revealed in December of 2018, One Piece: Stampede is the fourteenth feature film based off of Eichiro Oda’s prolific manga series.

The film boasts character designs courtesy of Oda himself, and has the series’ creator tied to the project longterm as a creative supervisor.

All the same, time will tell how it turns out when One Piece: Stampede releases on Aug. 9 in Japan. For more on all things One Piece, check out the celebratory anniversary video honoring the series’ past, present and future from the end of last year.