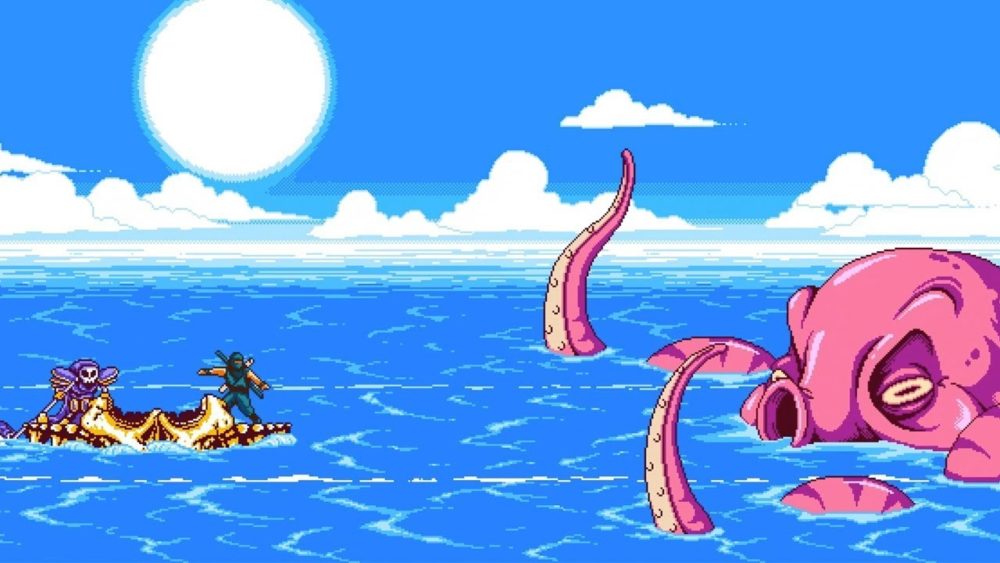 During Devolver Digital’s E3 2019 Big Fancy Press Conference, the company announced that the Picnic Panic DLC for The Messenger will be released on July 11 for Nintendo Switch, PS4, and PC.

Picnic Panic is a free tropical-themed expansion for the critically acclaimed ninja action adventure, The Messenger. For those that have not played the game before, here is a little synopsis from the Steam page:

“As a demon army besieges his village, a young ninja ventures through a cursed world, to deliver a scroll paramount to his clan’s survival. What begins as a classic action platformer soon unravels into an expansive time-traveling adventure full of thrills, surprises, and humor.”
Here are some of the features as well:

The Messenger – Picnic Panic will be out on July 11 as a free expansion for PS4 and PC.