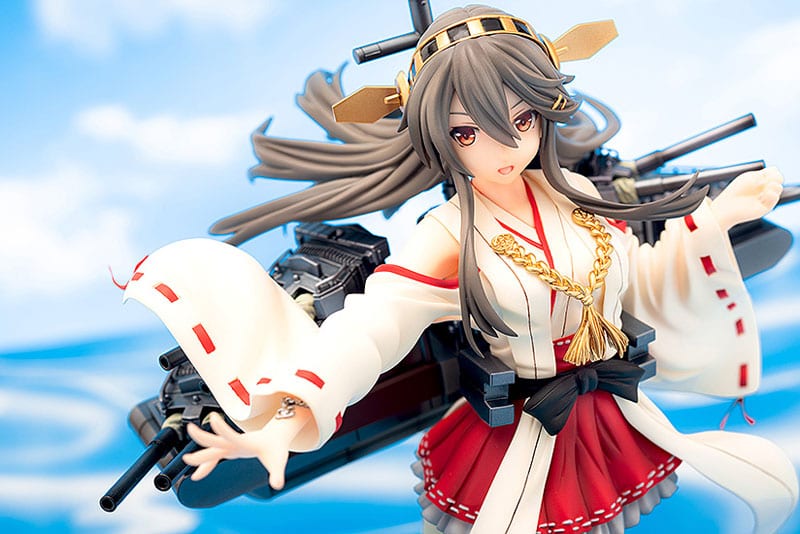 While Kantai Collection has perhaps been struggling a bit to maintain its lead against the younger Azur Lane, but it’s still very popular in Japan even after six years, so it’s not surprising that figure manufacturers continue to portray its shipgirls.

Two new figures have been made available for pre-order, and can now be found at multiple Japanese retailers, including AmiAmi. Haruna is manufactured by Phat Company, while Jervis comes from FunnyKnights. Both come in a fairly sizable 1-7 scale.

They will release in Japan respectively in May 2020 and in September 2019.

Haruna is sculpted by Koudai Abe (Fenrir) and Ryuuichi (Peacemaker), while the paintwork is by Mogumogu-san.

Both figures come with a base and their full rigging.

If the name Kantai Collection doesn’t ring a bell, you may know it by its contraction KanColle. It’s currently available via browsers ion Japan.