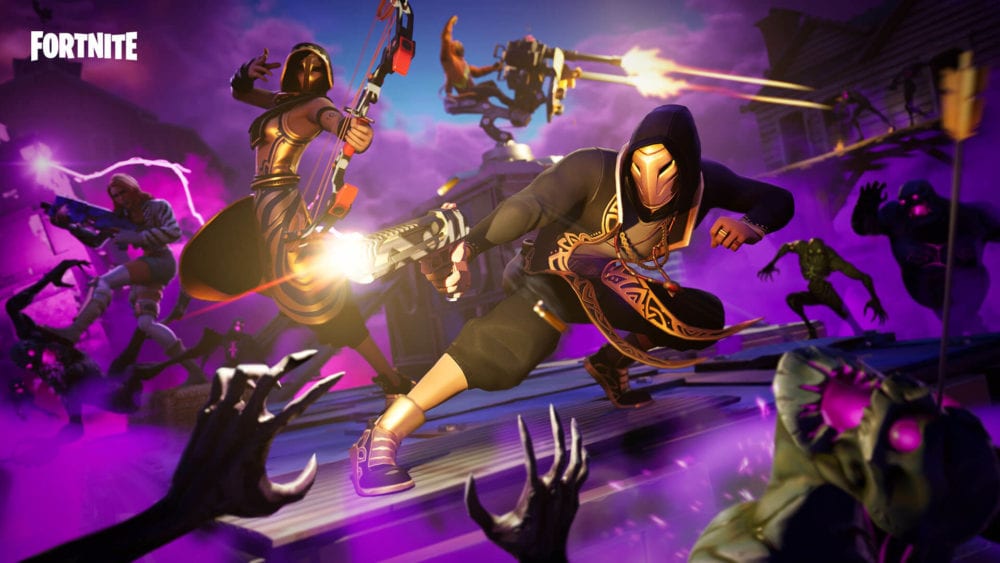 Epic Games has dropped the v9.21 update for Fortnite, which adds in the new Proximity Grenade Launcher weapon, and Horde Rush mode, among the usual weapon tweaks and adjustments for balancing purposes.

The full patch notes, which can be found over on Epic Games’ site, detail these new inclusions. First off, we’ve got the Proximity Grenade Launcher, which “fires an arcing, bouncing, explosive projectile that explodes when in proximity of an opponent.” It deals 67/70 damage to players, and 131/ 138 points of environmental damage, so it’ll be pretty effective at tearing through builds.

It’s available in epic and legendary rarities and is a semi-automatic weapon that uses rocket ammo. It holds two explosive rounds at a time, with a 0.65 shots per second rate of fire. Players have to be within 250 units of the grenade for it to detonate, which according to the patch notes is about half the width of a tile, with the explosion then covering 300 units (60% of a tile’s width).

Players can’t just spam the Proximity Grenade Launcher’s rounds off around them and wait for players to fall into the explosive trap, however, with the projectiles automatically exploding after 10 seconds, or if it’s nearly come to a complete stop.

Horde Rush is the latest limited-time mode that’s coming as part of Fortnite’s 9.21 update. It won’t go live until tomorrow (June 13), but will see four players work together to rack up the highest score possible by finding score multipliers, gunning down as many enemies as they can, and opening special loot chests.

It’s not just a case of staying in one well-defended spot, though. Players will have to travel across the map, visiting various defense points and protecting them before moving onto the next. At the very end is a final boss which players will have to eliminate to complete the mode.

Alongside these headline additions in the update, v9.21 of Fortnite also makes some adjustments to the availability of certain items and weapons. Both Small and Large Shield Potions have seen an increase in availability by roughly 2%.

Shotguns across the board have seen an increase in availability as Floor loot from 8.50% to 9.77%, while the Epic and Legendary variants of Infantry Rifles now have a slightly higher chance of spawning as both floor and chest loot.

Meanwhile, the common Heavy Assault Rifle has been lowered in availability as both floor and chest loot slightly, while the Mounted Turret is also marginally less likely to be found as floor loot as part of this new update.

Downtime for Fortnite’s 9.21 update has ended and players can hop in to check out the new weapon now. Looking for guides to help you gather Fortbytes and complete the weekly challenges? Check out our Fortnite Season 9 guide wiki.