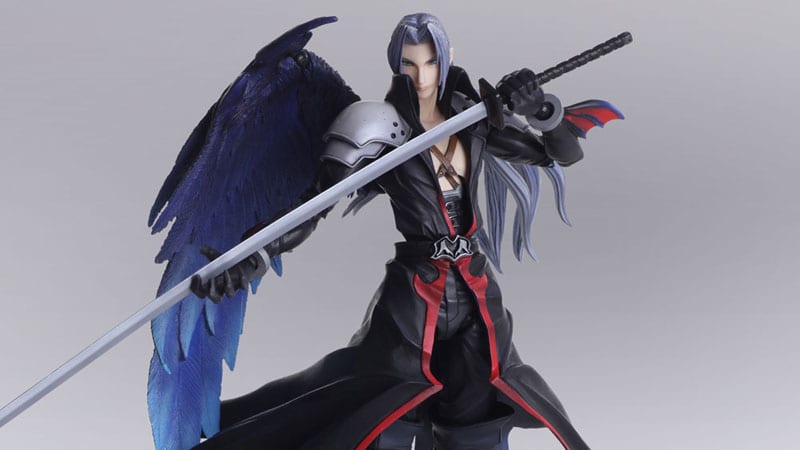 With the Final Fantasy VII Remake coming rather soon, Square Enix is bringing back Sephiroth in a rather special form in a new Bring Arts action figure.

Sephiroth Another Form Version is the look the long-haired villain takes on when joining the cast of Kingdom Hearts and Kingdom Hearts II. He has just been made available for pre-orders at multiple Japanese retailers, including AmiAmi.

Like all Bring Arts figures, he’s fully posable and he comes with multiple accessories. Here’s the full list.

If you want to see more of the Final Fantasy VII Remake, you can check out the latest gameplay reveal and trailers, another from a few weeks ago, a beautiful piece of concept artwork showing off Sephiroth himself, and some crazy-detailed character images featuring the protagonists.

You can also read more details about the voice and subtitle options that will be included in the game. Last, but certainly not least, you should enjoy all the details our very own Ed Mcglone learned while playing the demo at E3 2019. You can also read his first hands-on preview and the second. Yes. He liked it enough to write two.