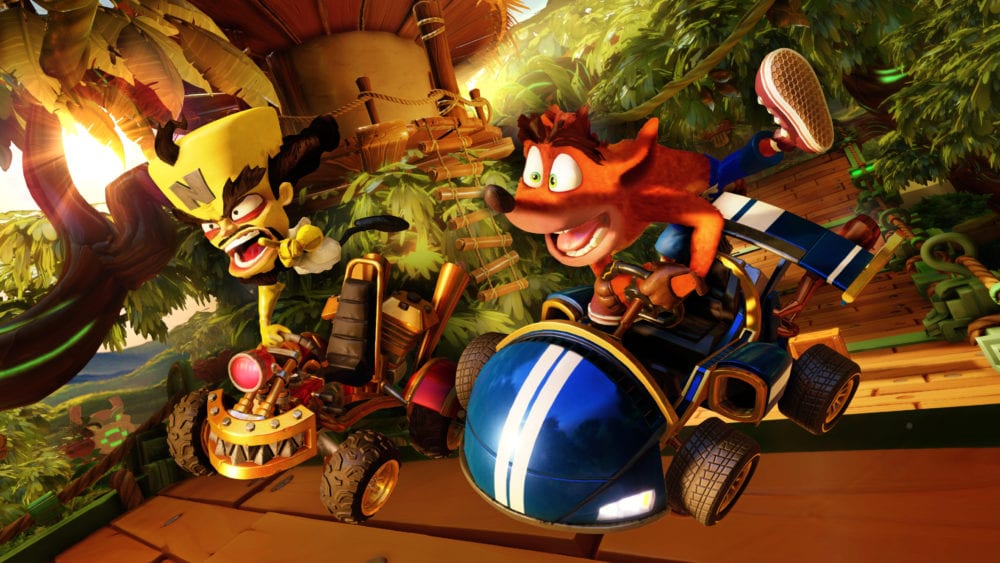 The original CTR games relied on players driving up to save points and manually saving their game. This, of course, isn’t needed in 2019 as there are much more modern ways to save games that prevent you from accidentally forgetting to save or losing power.

Crash Team Racing Nitro-Fueled uses an auto save feature that will be familiar to anyone that has played a video game in the last decade.

Pretty much after you do anything of any significance such as complete a race or obtain a relic for example, Crash Team Racing Nitro-Fueled will automatically save.

To know that it’s happening, look out for the crate icon in the bottom corner of the screen. This is the game telling you that it’s currently preserving your progress. Don’t turn off the game while you see that icon, wait a few seconds and then quit.

Pretty much the only way to lose significant progress would be to turn off the game while this is happening or losing power mid-race or something like that. If you shut off Crash Team Racing Nitro-Fueled while it’s saving, you run the risk of corrupting your data and having to start all over potentially. So don’t do that.

Additionally, there is an option to manual save in the Adventure Mode. When you’re driving around the different worlds, you’ll see large green screens with a gold border. These are the green rectangles shown on the mini-map. If you drive up to one of these, you’ll have the option to save, load, and generally make changes to the four different profile slots within the game.

Simply select the one you want to save your data into, and press X on PS4, A on Xbox One, or B on Switch and you’ll record your current progress.

That’s all you need to know for how to save in Crash Team Racing Nitro-Fueled. Enjoy this modern take on one of the greatest kart-racers ever made from the PS1-era, and if we’re being honest, just in general.

For more tips and tricks on the game, check out our wiki guide.