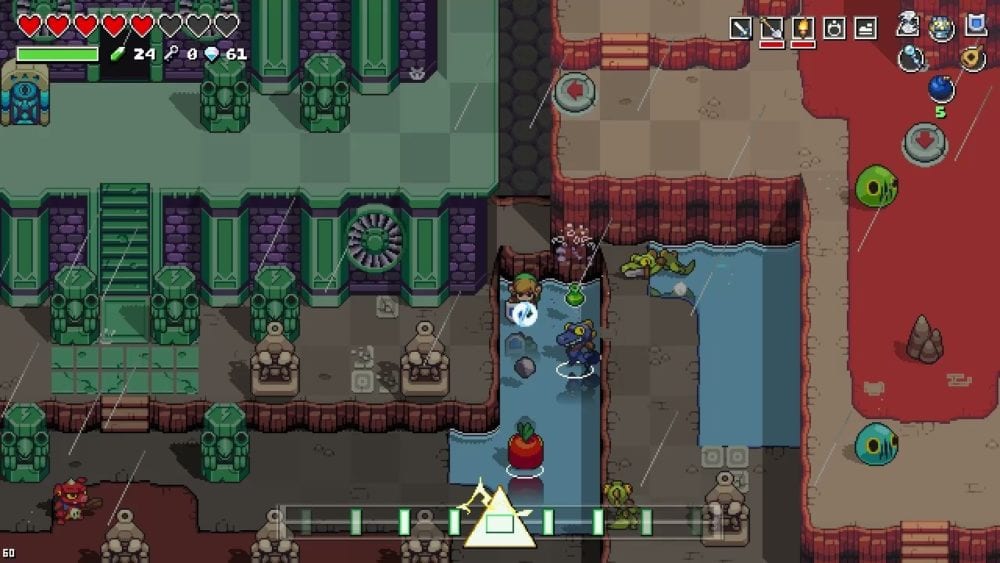 After getting teased for a while, Cadence of Hyrule has finally been released on the Switch and mixes elements from The Legend of Zelda with the gameplay of Crypt of the Necrodancer. Here’s how to play co-op multiplayer with friends in Cadence of Hyrule.

Cadence of Hyrule is a roguelike game, and even though it’s not as tough as some of its other more unforgiving counterparts like Necrodancer itself or Enter the Gungeon and Dead Cells, it can still be punishing at times. Thankfully, you can get a friend to join your game to make it a little easier.

To do this, simply go to the main menu and choose the New Game 2P option. From here, you’ll just have to pair an extra Joy-Con or pro controller to your system, and you’re good to go. From what we’ve played, it doesn’t look like you can add a partner in an existing single-player file, so you’ll need to start a new game.

When you’re in the game, you’ll just need to get through the short tutorial with Cadence until you’re given the opportunity to choose either Link or Zelda. Make your pick, and the second player will be able to join in on the action as Cadence herself.

Is There Online Co-op Multiplayer?

If local co-op multiplayer isn’t your thing and you’d prefer to play with friends online, we have some bad news for you.

Unfortunately, online co-op multiplayer isn’t a feature that’s currently supported in Cadence of Hyrule, so you’re restricted to local play with one other person.

That’s all you need to know about how to play co-op multiplayer with friends in Cadence of Hyrule. Be sure to search for Twinfinite for more tips and information on the game.