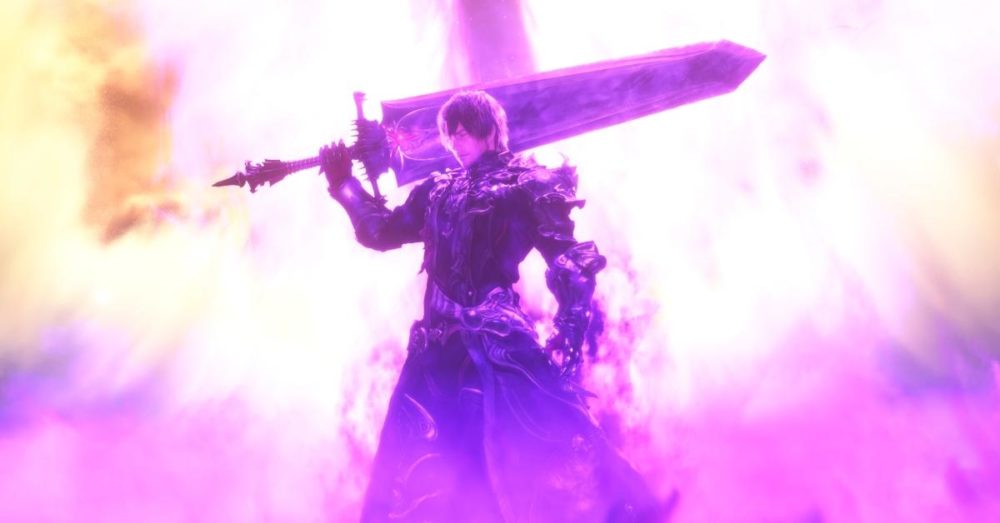 Recently, at a Final Fantasy XIV: Shadowbringers event held at San Francisco, Twinfinite and other members of the media covering FFXIV learned a lot about the development team’s plans for job balance and changes that are coming.

While this happens with every expansion, this time around it seems to be more of a focus than ever before. There are sweeping broader moves that will affect entire roles and synergy between them.

While every job will be receiving new actions and getting touched up, there are certain ones that could be categorized as being changes that are bigger than the rest.

Let’s run through the 12 jobs that will likely feel very different to players once Final Fantasy XIV: Shadowbringers releases on July 2, 2019.

By far the biggest changes are coming to the Machinist.

At the event, Yoshida-san described it as being a “brand new job.” The job suffered quite a bit from the changes that were made in the Stormblood era and unlike other jobs, it relied heavily on good latency in order to be effective.

You needed to be playing 100% perfectly and have the right latency in order to even be competitive with other jobs, but even then it lagged behind in many cases. It’s safe to say that this wasn’t what Yoshida-san and the team had in mind.

Machinist is going to be giving up some of its identity as a gunner as there will be less reliance on its gun attacks for keeping up with DPS.

Its identity will now also just as much be about constructing things to fight for it. It already had some of that obviously with the Automatons, but with Shadowbringers, the Automaton Queen will take this to the next level.

Now, you’ll only have the Rook Autoturret. The Bishop is out and your AoE damage will be split across new and re-balanced actions such as the Auto Crossbow.

The Rook however can be upgraded to the Queen. The Queen is a massive mech that will eat up a new Battery Gauge that you’ll charge up through your rotation. The more Battery you have remaining the more damage its mega attack, Pile Bunker, will do.

At the moment its set at 800 potency with the ability to go higher, but that’s subject to change.

Right there with Machinist is Summoner which is going to feel very different once Shadowbringers rolls around. Throw out the rotation and the evolution of the class that you’ve grown used to over the years because it’s not going to matter anymore.

Pets no longer can be attacked, are instantly summoned, and all the core three summon moves are consolidated into actions such as Pet Assault which will use the appropriate attack for the summon you currently have out.

You no longer need to manually hotbar an Ifrit attack for example. Also, there will be new summon attacks such as Slipstream for Garuda.

If you have a keen eye, you might be wondering to yourself right now: If summons can’t be attacked, what the heck is the point of Titan/Topaz Carbuncle now? That’s a great question and one that Yoshida-san addressed during the presentation we saw.

Tank summons are now going to be completely redesigned as well, presumably to be more useful in everything other than niche solo situations like Eureka.

Although I will miss the security of having Titan shield me, it’s a price worth paying for some dramatic redesign changes.

We didn’t have enough time to fully dive into Summoner and figure out what the new rotation will look like considering we had so many other jobs to check out and experiment with, including the new Gunbreaker and Dancer jobs.

Expect it though to be heavier on Summoner/Pet Actions and less reliant on DoT/Ruin Spam which should please most SMN mains.

Oh and we almost forgot to mention: Phoenix is your new summon and will be brought out temporarily similar to Bahamut and will be complete with its own mega-attacks.

Upon bringing out Phoenix a few of your core spells will be replaced with Phoenix versions. The summon will preform Everlasting Flight which will put a potent regen on the party and you’ll be able to dish out fire-based attacks such as Fountain of Fire for 250 potency to a single target, a 300 potency aoe spell called Brand of Purgatory and of course it will have its own Enkindle as well.

Full disclaimer: My Bard is my lowest level job at 30. Our resident spoony bard reviews editor Zhiqing Wan, sadly wasn’t with me to check out all of these changes. So I’ll be honest, a lot of the Bard talk flew over my head.

That said, Yoshida-san did mention it was one of the DPS jobs that received “significant” changes, this is alongside Machinist and Summoner and opposed to all of the other DPS jobs not listed here. So it should be something that players notice.

The changes center around a new Soul Voice gauge which will be built up every time Repertoire is gained. A new enhanced Army’s Paeon trait will also factor into this and reward those with a tight rotation.

I won’t pretend to understand it well, so allow me to provide some of the information from the tool tip at the FFXIV: Shadowbringers event and you Bards can make sense of it.

If you instead let it expire without casting the other two songs you’ll get Army’s Ethos for 30 seconds.

While under the effect of Army’s Ethos singing Mage Mage’s Ballad or Wanderer’s Minuet will grant Army’s Muse.

So basically it gives you a bit of a window to make it up.

Either way, the more stacks of Repertoire you have before entering Army’s Muse will increase the Potency of it: 1% for one stack and up to 12% for four stacks.

Although not specifically mentioned by Yoshida-san, all of the tank job roles in general (Paladin, Warrior, Dark Knight, Gunbreaker) are going to feel very different in Final Fantasy XIV: Shadowbringers. Let’s break them all down.

The most dramatic are the changes to enmity and tank stances. No skills generate enmity anymore. This is instead generated via the new singular tank stance that every job in the role will have.

What the updated tank stance does is simply turn on enmity generation for your attacks, nothing else. If you’re a main tank, you pop that stance, and if you’re OT you don’t.

Damage reduction is instead gained via new Tank Mastery trait that all tanks will have. This is a trait that will straight up reduce damage by 20% (as of this writing), and will scale up further depending on your VIT and STR.

The team behind Shadowbringers appears to recognize the importance of DPSing as a tank and rather than muddy that debate, they are making enmity generation more natural, and allowing tanks to focus on DPS.

Even though the enmity generation will be simpler to figure out, obviously player skill and knowledge of fights will still be just as important as it has always been.

Also, there are no more attribute melds. The dev team is addressing the debate of STR vs. VIT by simply removing the option.

Oh, and Dark Knights will be able to summon a Living Shadow version of themselves which will act on their own alongside you.

With a gift like that, it looks like the dev team is very sorry about the hard time Dark Knights had in the Stormblood-era. Apology accepted!

Healers overall (White Mage, Scholar, Astrologian) are receiving pretty significant changes as well. Healer balance and reworks was why we didn’t get a new healer job in Shadowbringers after all.

The approach that the dev team took for healers is to try and standardize their basic toolkits across the board and instead have the main difference come down to player preferences on their play style.

For example, White Mages are getting an instant-cure spell to help with their lack of mobility and reliance on skills with long cast times, along with better DPS attacks. While Scholar is getting more tools for straight HP restoration and regen.

Specifically, the White Mage will get Afflatus Misery a 900 potency (as of now) AoE with some fall off damage, and Afflatus Rapture, a 300 potency instant cast Curaga of sorts.

This dynamic pre-Shadowbringers, in particular, was problematic to Yoshida-san and the team because they felt White Mage had to spend so much of their time casting and being the main healer, which led to them having lower DPS on top of having less DPS options than the other healers.

The team wants every healer to have the potential to pull their weight equally in healing and contribute to DPS. Also as a side note that didn’t really fit anywhere else in this section: shields will now be visible on the HP bar of party members. Woop!

Scholars will be getting their own mega summon like Summoner does, Seraph, which will super-charge the Scholar’s healing capabilities.  Dishing potent healing, barrier, and regen spells while it’s out.

As far as Astrologians go, they will have a major rework of their card system. All the cards straight up give DPS bonuses now, and the trick will be matching the right card with the right role.

The team is throwing the white towel on this battle and conceding that damage bonus is always going to be the best. Also, AST will get a new ultimate ability that will allow them to gain the benefits of both stances at once. Very neat!

Which change are you most excited about in Final Fantasy XIV: Shadowbringers? Let us know in the comments below.