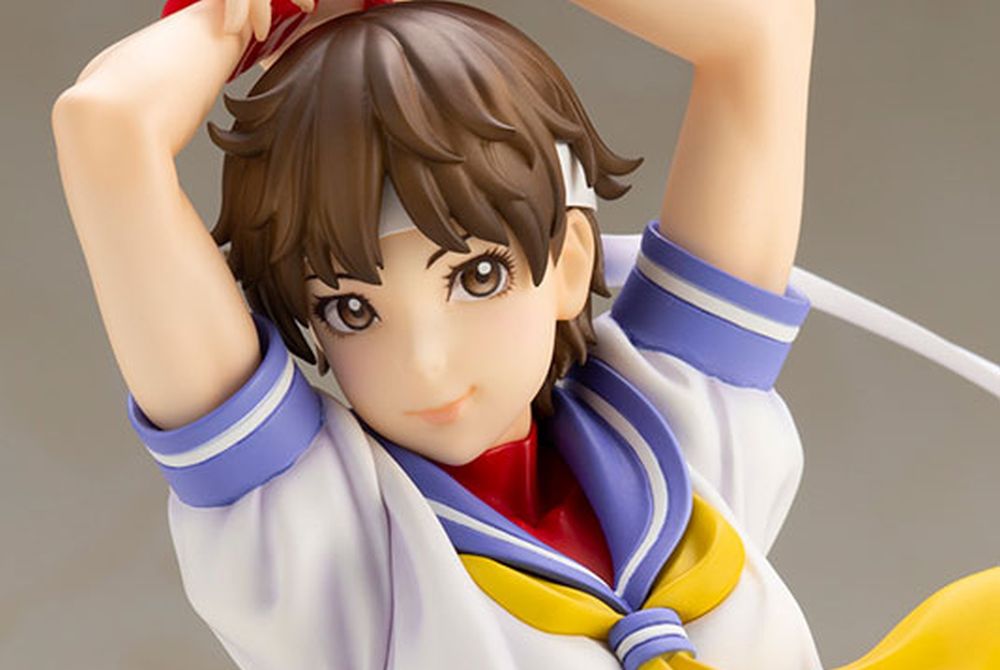 Today Kotobukiya made a new figure available for pre-order portraying Sakura from the Street Fighter series.

This figure is part of the Tokyo-based manufacturer’s popular “Bishoujo” line, dedicated to giving popular characters a more anime-like appearance. Among those, there is a whole group of really charming figures portraying American superheroines and villainesses.

This is actually the second Bishoujo figure Sakura gets, and in fact she is labeled “Rund 2.” She is now available at several Japanese retailers including AmiAmi for 8,770 yen (which translates to approximately $80).

She is sculpted by Tsubame and inspired by an illustration by Shunya Yamashita. Coming in 1/7 scale and made wth PVC, she stands approximately 220 mm tall including the base.

You can see what she looks like in the gallery below. She will release in October 2019.

This isn’t the only figure made available for pre-orders by Kotobukiya today, as they also opened up reservations for Rin from Catherine: Full Body.

If you’re unfamiliar with the Street Fighter series, you can check out our review of Street Fighter V, even if the game has changed a whole lot since then, especially since the launch of the Arcade Edition.