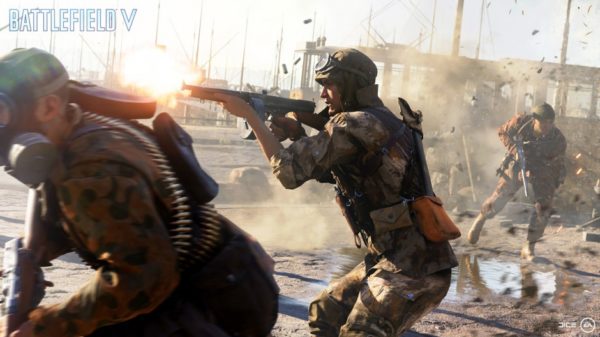 Today DICE confirmed that the RSP AKA Rented Server Program is finally coming to Battlefield V, and that it’s being rebranded as Private Servers. They will be totally free, and will feature a host of modifiers that should be suitable for the wide majority of Battlefield V fans.

DICE’s Community Broadcast goes in great detail listing all of the core functions and options that are possible through Private Servers, more than we can reasonably list in this post.

In addition to just about everything you would expect and want, some sharp redditors have pointed out that there exists a suite of options you can put in place that would effectively bring back a Hardcore mode into Battlefield V as you have the ability to disable the mini-map, health regen, and fine-tune the bullet damage scaling.

The addition of some form of Private Servers was a highly requested feature that for some, might be too late. Battlefield V’s launch wasn’t the smoothest and the delay of core features like RSP and the Battle Royale Firestorm game mode were common complaints in the game’s early months.

The series does have a history of its games having a long shelf life and retaining popularity over an extended period of time. Unless you can travel time though there’s no way to know if Battlefield V will have the same success as Battlefield 4 and Battlefield 1. Those games were both far more complete and polished at launch and were thus received more positively.

Still, if loyal fans of the Battlefield V were waiting for the game to feel more “complete” before going back to it, it seems the game is quickly approaching that point.

As of right now there is no precise release date for Private Servers, but DICE’s community manager said that they “look forward to talking to you more about this throughout this Summer.”