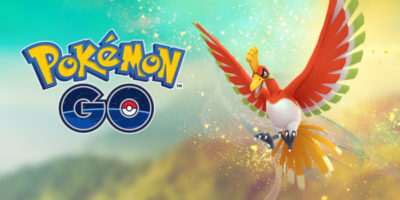 A new wave of Generation 4 (Sinnoh Region) Pokemon have been added to Pokemon GO by Niantic this week. Some of them are a little tricky to get, such as the new Eeveelutions and Magnezone, which require you to purchase and use new type-specific Lure Modules, but others can just be found out in the wild like many of the other creatures in the game. Here’s everything you need to know about how to get Gible in Pokemon GO.

How to Get Gible in Pokemon GO

Thankfully, Gible is one of the easiest Pokemon to get from the new batch added to the game. Like many other Pokemon that you’ve inevitably caught since the game launched a few years ago, Gible can simply be caught out in the wild.

It is a Dragon/Ground type Pokemon, so it, therefore, boosted in terms of catch and spawn rates in both sunny and windy kinds of weather. It is proving to be a pretty rare spawn, though, and there have been instances of it hatching from 10k eggs, where rarer Pokemon are usually placed.

It is also a new base Pokemon that can be evolved. The second stage of Gible’s evolution chain is Gabite, which you need 25 candies to evolve to, and the final stage is Garchomp, which you need 100 candies for.

In terms of strengths and weaknesses, Gible is weak to Dragon, Fairy, and Ice type Pokemon but is strong against Electric, Fire, Poison, and Rock types. Other interesting facts and stats include:

That’s everything you need to know about how to get Gible in Pokemon GO. For more tips and tricks on the game, be sure to search for Twinfinite.