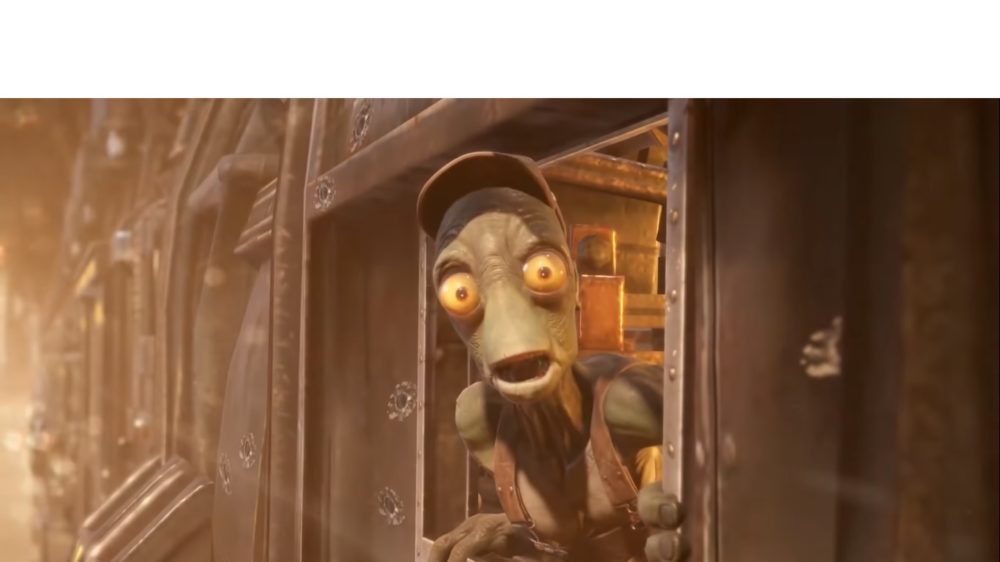 Oddworld: Soulstorm is a visually enhanced retelling of Abe’s Oddysee, the first game in the series. We first got a look at this re-imagining at Unity’s GDC 2019 keynote in March, showing off the game’s impressive graphics using the engine.

The teaser shows snippets of the keynote’s cinematic, alongside a rundown of the game’s story. Don’t let the cartoonish reptilian-looking creatures fool you, the Quintology’s subject matter is shockingly dark, centering around slavery, murder, and even cannibalism, and it looks like Soulstorm is no different.

The game still follows Abe, a Mukodon slave on the barren planet of Oddworld. As Abe it’s up to you to escape from your brutal life and lead your fellow Mukodons to freedom.

The story and name are taken from the plot of Abe’s Exodus, where Abe discovers that the tyrannical Glukkons’ Soulstorm Brew he and his fellow slaves are forced to make is actually made from Mukodon bones.

While not the most prolific game franchise, the Oddworld series has been tenacious ever since the first game’s release in 1997. A handful of games in over twenty years may not sound like much but to many who grew up with the series, seeing this new addition to the franchise will be a welcome blast from the past.

The visuals and gameplay have been given quite the overhaul. The trailer shows the updated 2.5D platform-shooter as Abe defends himself and those he leads from the natural hazards of the industrial environment, as well as the ever-present threat of murder and even extinction.

You can check out the teaser trailer below and from what it shows, it looks like there will be a fair amount of material scavenging and scaling complex heights in factories.

Oddworld: Soulsorm is set to release in early 2020.