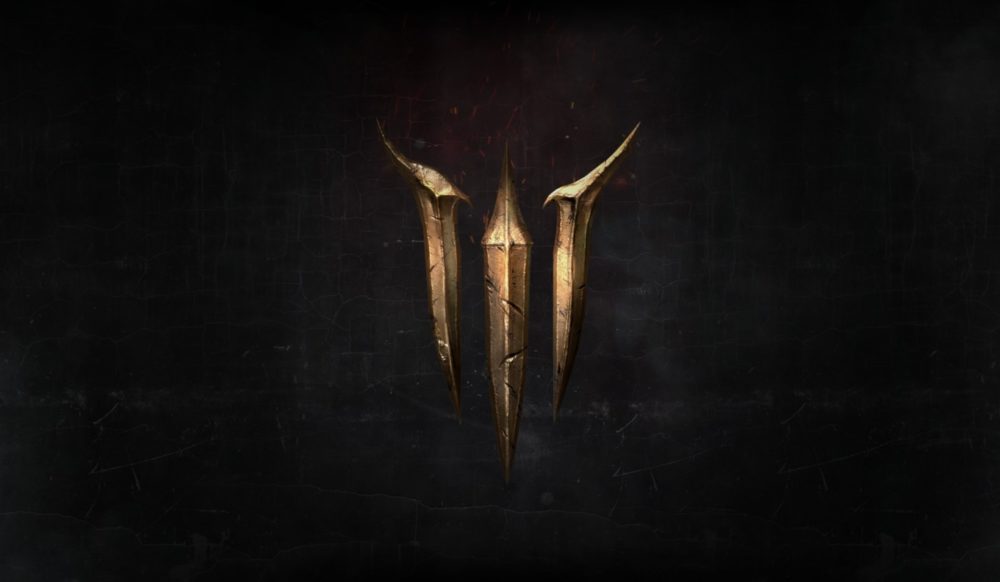 In what might be the most surprising of all the pre-E3 bulletins we’ve been inundated with in recent days, Larian Studios, the developers behind the critically acclaimed RPG Divinity: Original Sin, might actually be teasing a sequel to Baldur’s Gate II.

Earlier today Larian Studios’ website teased the reveal of an upcoming sequel, with a giant logo that read three in a stylized roman numeral. Logic dictated that likely meant a sequel to 2017’s Divinity: Original Sin II, even if that would have been a quick turn around.

But thanks to some detective work by Twitter user Kunken, it appears Larian might actually be teasing the revival of an esteemed IP that hasn’t seen a mainline entry for nearly twenty years.

Kunken made the discovery by playing around with the source code of Larian’s website, which revealed a link to a video. He applied the same method to the video link and found text buried in the code that names the logo on Larian’s site not as Divinity: Original Sin III but Baldur’s Gate III.

You can check out his methodology in the below screenshot:

Baldur’s Gate II, which released back in 2000, is remembered fondly as one of the best RPGs of all time. The isometric gameplay is highly regarded, as is the writing and superb world-building. It was repackaged within an Enhanced Edition in 2013, and fans of the series have been clamoring for a sequel ever since.

Notably, the original developer, Beamdog, has actually teased a sequel several times before, without anything ever materializing, which has given the Baldur’s Gate trilogy an almost mythical status. Suffice to say that if this rumor proves true it could end up as one the biggest scoops of 2019.

Larian Studios also has Divinity: Fallen Heroes in the pipeline, which we previewed earlier this year.