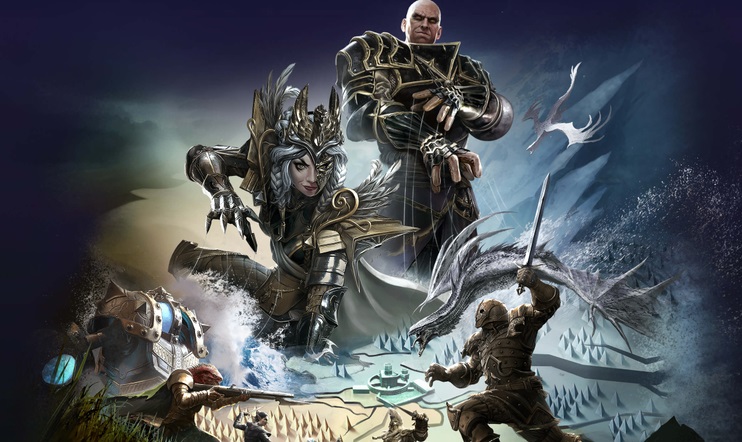 The esteemed Larian Studios earned its reputation as a developer of expertly crafted RPGs with the Divinity: Original Sin IP. Deep lore and a rich narrative experience are hallmarks of the series, as well as its focus on exploration and an incredible strategic turn-based battle system. These qualities have endeared Divinity to hardcore role-playing fans, and drawn comparisons to the iconic board game Dungeons & Dragons.

But with its latest game, a spin-off titled Divinity: Fallen Heroes, Larian is making a big departure from the gameplay formula that fans have come to know and love.

Gone is the open world exploration, the ability to free roam and interact with hundreds of NPCs across beautifully-crafted isometric maps. In its place, a much stronger focus on the strategic combat of the series, and a narrative that plays out almost entirely from a single base of operations.

To draw a simple comparison, it’s like an X-COM set in the rich lore of the Divinity universe. Larian has essentially made an entire game out of the excellent turn-based battle system, with a few tweaks and changes here and there.

There’s still the same emphasis on story, thankfully, and players will have decisions to make that impact the overall shape of the narrative. Fallen Heroes also features permadeath, which is a first for a Divinity game.

At EGX Rezzed 2019 I was able to sit down and play a demo build for a good hour to get a flavor of how this all comes together. The demo kicked off as a narrative sequence aboard my airship headquarters, tasking me with questioning companion characters in different sections of the ship with branching dialog options.

The story unfolded and then I was presented with a tactical menu before launching into a battle mission.

The gameplay will be familiar to anybody that’s played the series, as the foundation is very much the same. You’re still tactically commanding units from an isometric perspective, using the same turn-based system as before. But there have been some new layers added to battles that make Fallen Heroes an even more tactical affair.

Perhaps the most notable change is that players now control units as well as heroes. You won’t simply be marching into battle with three or four protagonists this time around.

Instead, you’ll select four or more different unit types to accompany you into battle from a tactical menu prior to leaving the airship. In both scenarios I played, I had a melee option, ranged, healer, and mage, and was able to select multiple of the same type. There are also different items to choose from, granting players various abilities and perks.

You’ll also typically have set objectives to complete within battles. Destroying Ballista’s that are attacking friendly navy ships, for example, or rescuing innocent civilians trapped among the onslaught of a raiding enemy attack. It’s not necessarily something I’ve not seen before in tactical RPGs, but it did add a nice sense of urgency and an extra challenge to typical Divinity combat.

Both the aforementioned objectives showed up individually depending on narrative choices I’d made earlier in the first story section of the demo. Choosing one companions’ advice over another switched the battle scenario: a pre-emptive strike tasked me with destroying the harbor’s defenses during the day while waiting for nightfall presented a town completely wrecked by battle.

So the player choice/consequence design principle that has been a Divinity mainstay is still in place for Fallen Heroes. Although, it will be interesting to see how deep this decision-making is in the full game. From what I could tell, the decision-making in the demo essentially boiled down to a single choice.

I actually ran the demo over three or four times from the beginning because I died in battle, so I went through the dialog options several times, and I didn’t really notice differences in the conversations as a result of which option I chose. But Fallen Heroes is nowhere near the final product and this demo isn’t necessarily representative of the sort of depth of the main game.

There’s no doubt that Fallen Heroes is going to find an audience with fans of tactical RPGs. It has been designed as a built game first and foremost, and the combat is better than ever. I do wonder, though, how Fallen Heroes will sit with Divinity fans that have always enjoyed the wider role-playing experience of the franchise.

Is the X-COM-style gameplay loop going to hold up over 60 missions? Or perhaps a better question is whether it will compare favorably to the Divinity games fans are used to?

That probably depends on how involved the story, characters, and decision-making is in the finished game. I wouldn’t bet against Larian Studios getting the balance right, as I’m certain they know just how important storytelling and role-playing agency is to the Divinity franchise.

Still, this has been designed as a combat-heavy Divinity experience targeted at those who relish strategic turn-based battles, and in that department, it looks like a real winner.