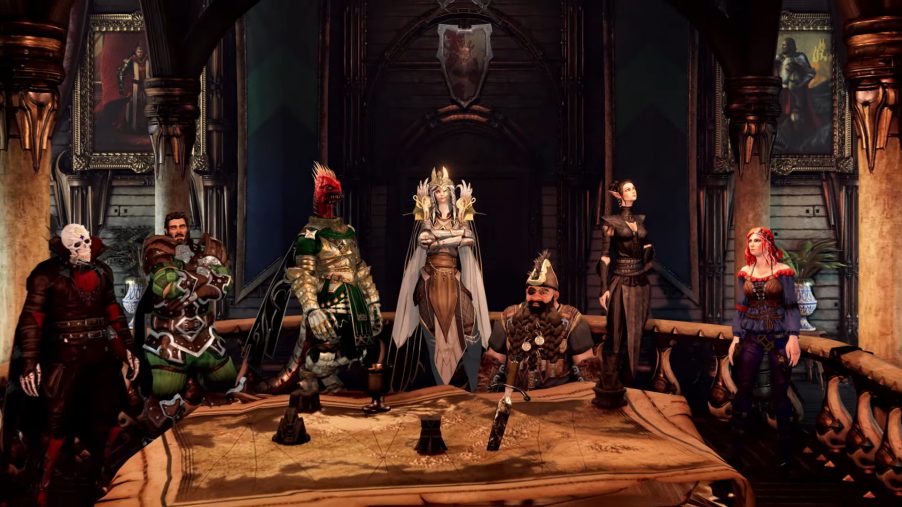 Larian Studios has just announced a new addition to their tactical rpg series titled, Divinity: Fallen heroes. Set in the same world as their 2018 BAFTA Game Awards winner, Divinity: Original Sin 2, this new title puts you in the thick of things as a battlefield commander during a war on a mysterious “new evil.”

At the game’s opening, you’re tasked with arresting a half-demon woman who has stolen plans for a fantasy universe equivalent of a nuke. Soon after, you’re thrust into a game of world domination against “The Lord of Chaos himself”.

The game seems to take on a more unit based system similar to the XCOM series, rather than creating god-like heroes. Speaking of gods, Larian Studios has also confirmed that you will also have the aid of The Godwoken, the protagonists from Divinity: Original Sin 2 that waged war for the gods.

A completely new adventure doesn’t mean removing the old stuff fans loved in D:OS2. According to Larian, this game ramps up the elemental and environmental combos and sports a 2-player co-op mode.

There are also a couple of new, more noteworthy additions to the world of Rivellon. A new element to smite your enemies with, called Sulfurium, has been discovered. Will this be a new means of exploding things, or will we have some chemical warfare in our hands?

Also, sometime after the events of D:OS2, gunpowder was discovered in Rivellon. Yes, that means Lizards and Dwarves with guns.

While still in the early stages, they have released a small trailer, which can see down below.

This project apparently began a year ago, when Larian Studios handed their game engine to Logic Artists, who have made a name for themselves with their tactical games rooted in world history, Expeditions: Conquistador and Expeditions: Viking.

If Logic Studios’ previous games are any indication, we can expect deep combat, intense decision making, and some sort of political system. One of the things Larian Studios specifically asked of them, though, was to develop a game in which player choices matter, and affect the narrative in interesting ways.

There will also be a demo build of the game at Larian Studios’ booth at PAX East. Divinity: Fallen Heroes does not currently have a release date.