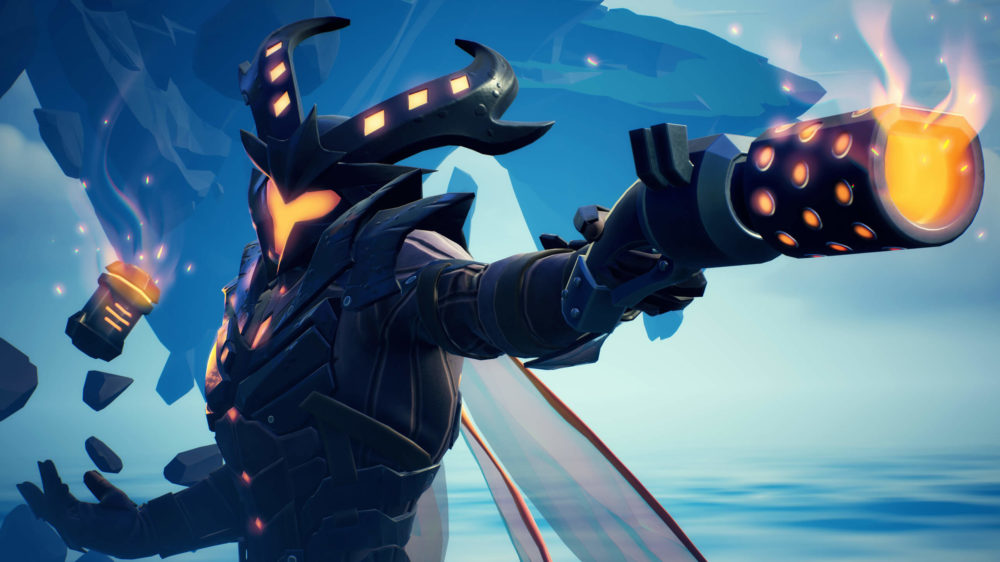 Dauntless, the cooperative monster slaying game from the folks at Phoenix Labs just had its console release. The game is out for PC, PlayStation 4 and Xbox One, but you’re probably thinking,” is Dauntless is coming to the Nintendo Switch?”

Well, Phoenix Labs have stated it will be coming to the Switch as well, but at a later date since development on it will take a little more time. No official release date has been confirmed, but it is coming in the future.

Dauntless is a free-to-play action role-playing game which tasks players with working together to take down giant monsters. It’s great for anyone looking to scratch that Monster Hunter itch since the barrier to entry is almost non-existent.

It takes place in a world where the monsters, known as Behemoths, are preying on the surviving humans left in the world. It’s up to you and your team to keep humanity from total extinction.

The more Behemoths you slay, the more crafting materials you will gain to allow you to craft better weapons and armor which will enable you to fight stronger behemoths.

Finding the class you like to use is critical because it will allow you to hone in on a specific playstyle and master the combo system. This is key to surviving the fights against these Behemoths and coming out on top.

If you’re holding out for the Nintendo Switch version hopefully, you won’t need to wait too long. You can always give another version a try to get a feel for the combat and systems, so you’re a killing machine when the Switch version is released.

Well, that’s everything you need to know about is Dauntless coming to the Nintendo Switch. For more tips, tricks, and guides about Dauntless and other games, be sure to check out Twinfinite. Here are a few to get you started: