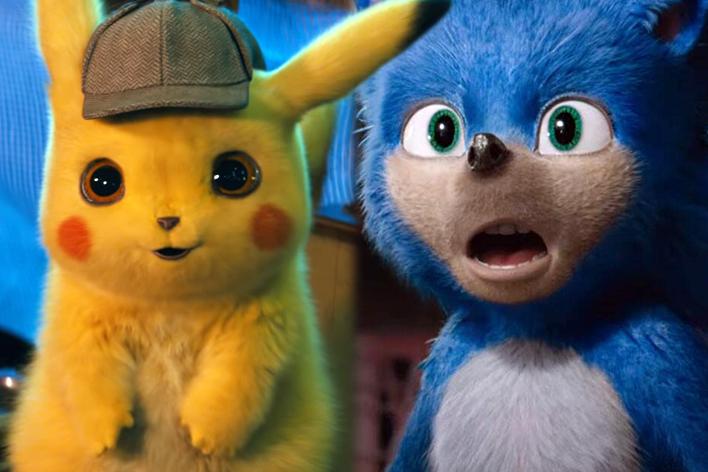 Sonic the Hedgehog director Jeff Fowler made a vow to Sonic fans that he and the animators at Paramount will pull out all the stops to redesign the Blue Blur to look as good as he’s always been in the games before he makes his big screen debut in November. Rob Letterman, director of Detective Pikachu, commented on the challenges behind such a pledge.

Shortly after Fowler tamed the cyber beast that is Twitter by announcing he’ll rework Sonic’s body image for the movie, Letterman told The Verge that the producers’ decision to redesign Sonic from the head down six months ahead of the movie’s release based on the intense backlash the trailer received online might not have been an easy decision to make. When it came to Detective Pikachu, which drops next Friday, he spoke about how impossible it would be for the producers to redesign the Pokémon in the film were they on the same boat the Sonic the Hedgehog film crew are sailing right now.

“We spent a year designing all the characters ahead of shooting so we could get it all right. If we were off by an inch on Pikachu, [actor] Justice Smith’s performance would go right out the window. For us, it would’ve been impossible — but that doesn’t mean they can’t do it. I wouldn’t want to be in their shoes — they’re in a difficult spot.”

Letterman says the design choices for each Pokémon character were influenced by two years of studying animal behavior and their working closely with the Pokémon Company in Japan to ensure that every design mirrors their design style while making them look as realistic as possible.

“There’s an extraordinary amount of craft that went into making the movie on the animation side as we tried to bring it to life.”

Assuming that the theatrical release date for Sonic the Hedgehog remains the same, the animators might wanna turn to the artists of Sonic Team for advice on how to make Sonic appear more like himself and less like a muscular Olympic track star.