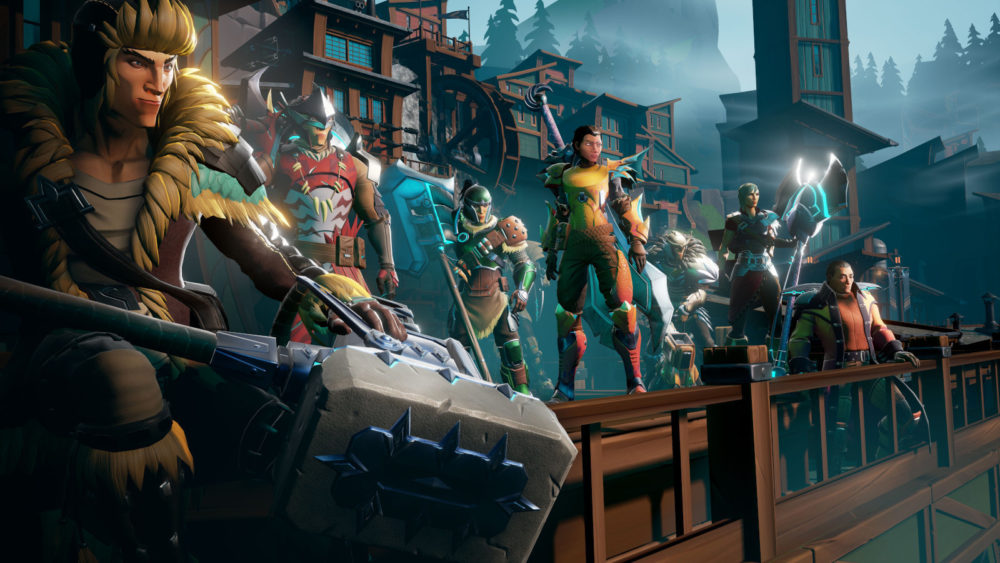 Dauntless, the action-rpg developed by Phoenix labs was recently released on consoles and players are banding together to slay Behemoths.

A big part of any RPG is being able to express yourself through armor, weapons, and cosmetics. Looking good can be just as important as feeling like a true action hero. Here is how to get heroic dyes and what they’re used for in Dauntless.

Obtaining heroic dyes in Dauntless can be quite the grind. To even be able to get heroic dyes, you will need to reach Dauntless’ end game. After leveling up your slayer level and gear level, you will eventually reach heroic Behemoths.

Heroic dyes can only be obtained from defeating heroic Behemoths. After completing the fights, the dyes have a chance of dropping at the end loot screen.

It’s not definite you will get the heroic dye after your first attempt, so you’re going to need to keep fighting them and eventually you will obtain the dyes.

Fighting a heroic behemoth is a daunting task and will require a lot of patience and good team composition. It’s heavily recommended you get a party together to ensure proper communication between teammates.

In Dauntless, dyes allow you to customize the colors on your armor to further distinguish yourself from other players wearing similar armor to you.

Dyes are obtained either through the paid currency called Platinum or from completing the games main questlines.

Heroic Dyes are special colored dyes that allow you to show off to other players you’ve tackled the hardest content Dauntless is currently offering. This is great for players who love to show off their skills and commitment to a game.

Well, that’s everything you need to know about how to get heroic dyes and what they’re used for in Dauntless. For more tips, tricks, and guides, be sure to check out Twinfinite.

While you’re at it, here are some other Dauntless guides for you to check out: