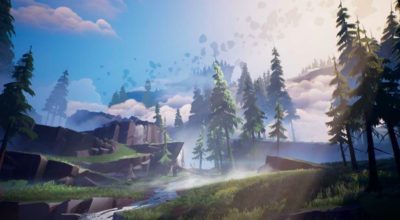 Dauntless has finally left the beta stage, coming to consoles in the process, and it is now officially launched. It’s very similar to Monster Hunter, in the way that you head out into the world to take down huge monsters. Here’s everything you need to know about how to Get Neutral Orbs in Dauntless.

Orbs come in a few different forms, are granted for doing pretty much anything in the game, and are used to upgrade weapons and more.

Neutral Orbs, as the name suggests, are the normal orbs in the game. They’re useful because the items they’re used for don’t have any specific weaknesses and can be great for taking on the most powerful Behemoths.

How to Farm Neutral Orbs

When you first start playing Dauntless, simply head out on missions and side quests that you have access to in the world. Not all of them will give you Neutral Orbs as a reward, but you’ll get them as you deal damage to Neutral type enemies.

As you progress, you’ll eventually unlock Patrols. Each one gives you Orbs, but you’ll want to head out on Neutral Patrols to get the orbs of that type.

Neutral Patrols have a threat level of 3-5 and will see you taking on either a Gnasher, Quillshot, or Shrike Behemoth. Completing a Neutral Patrol in Dauntless against any of these types of Behemoth will see you receive 10 Neutral Orbs.

Additional Neutral Orbs are granted for the first two times you complete Patrols, and you’ll be able to bolster the amount of Orbs you gather from these Patrols by simply severing or breaking the various different parts of the Behemoth in battle.

Unfortunately, there’s no way you can choose which of these Behemoths you’ll take on during a Neutral Patrol, but with these having Power level recommendations ranging from 100 for the Gnasher, to 200 for the Quillshot, it won’t take you long to be more than powerful to take them on.

While some of them can be pretty tricky and the difficulty of the enemy is mostly down to luck, they will all grant you with ten Neutral Orbs once you complete them.

How to Spend Them

Once you’ve amassed enough Neutral Orbs from completing missions and patrols, you can head to one of two characters to craft items.

Both Wils Bormen and Moyra Heigsketter in Ramsgate will craft Neutral type items for you, the former specializing in weapons and the latter offering armor, but you’ll need quite a lot of orbs. While these weapons and armor will cost you a fair amount of Neutral Orbs, they’re a pretty great gear type to invest in, as they have no clear weakness to the various elements in Dauntless.

That’s everything you need to know about how to Get Neutral Orbs in Dauntless. For more tips and tricks on the game, be sure to search for Twinfinite. We have also listed some other helpful guides down below.

Comments
Continue Reading
Related Topics:Dauntless, get, How to, neutral, Orbs, patrols, what they do