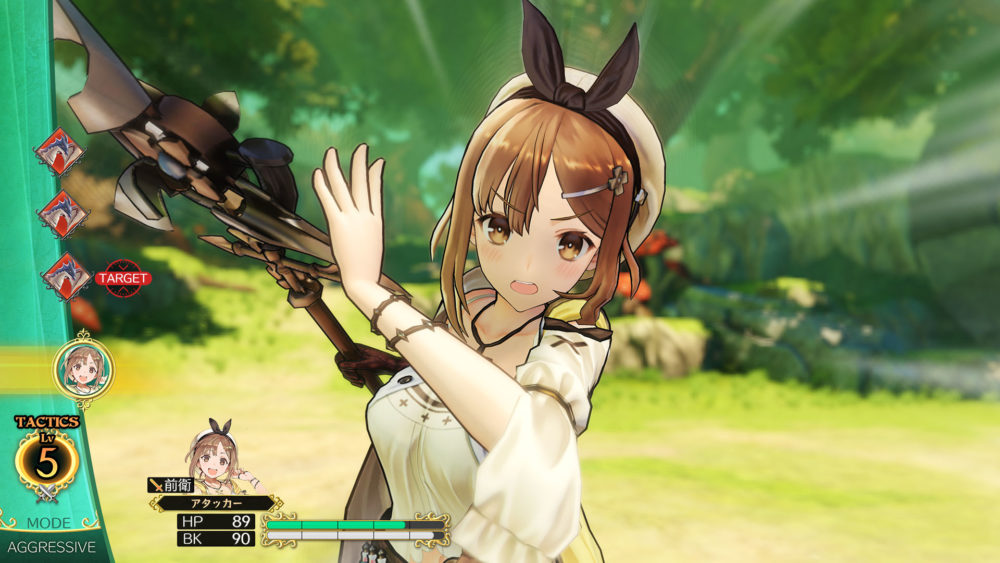 The title translates into Atelier Ryza: The Queen of Everlasting Darkness and the Secret Hideaway, and the game is bound for the PS4, the Nintendo Switch, and the PC via Steam. It will launch in Fall 2019.

Alongside the reveal, we get to see the first screenshots and artwork, which you can enjoy at the bottom of the post.

The game promises an evolution for the Atelier series, with new gameplay, new alchemy and battle systems, improved graphics, and an original worldview and characters.

It’s described as a “new Atelier where light, shadow, and the breath of the world can be felt.”

The introduction is as follows:

“Everyone has their own special memories of their friends. This is a story about girls searching for something important to them before they become adults.”

The protagonist is Reisalin “Ryza” Stout (voiced by Yuri Noguchi). She is described as a completely mediocre girl with no special abilities. She’s a bit of a tomboy with a strong sense of justice and doesn’t easily give up when she thinks she is in the right.

A meeting will change her usual everyday life forever.

As mentioned above, the game will feature a fully new crafting system, with familiar concepts like alchemy, gathering, and battle that have been renewed. According to the official description, “the fun of Atelier has been transformed into something deeper.”

Atelier Ryza: The Queen of Everlasting Darkness and the Secret Hideaway was teased last week with a brief trailer, but finally we get to see more.

It will release in Japan in fall 2019. The standard version will cost 7,800 yen plus taxes.

The Premium Box will cost 10,800 yen plus taxes and will include a costume, an artbook, a B2 cloth poster, two “stained glass-style” clear files, and an acrylic mini character charm.

The Special Collection Box will cost 19,540 yen and it’ll include an oversized cloth poster, an acrylic diorama set, six character posters, on top of the content of the Premium Box.

You can check out the assets out below.