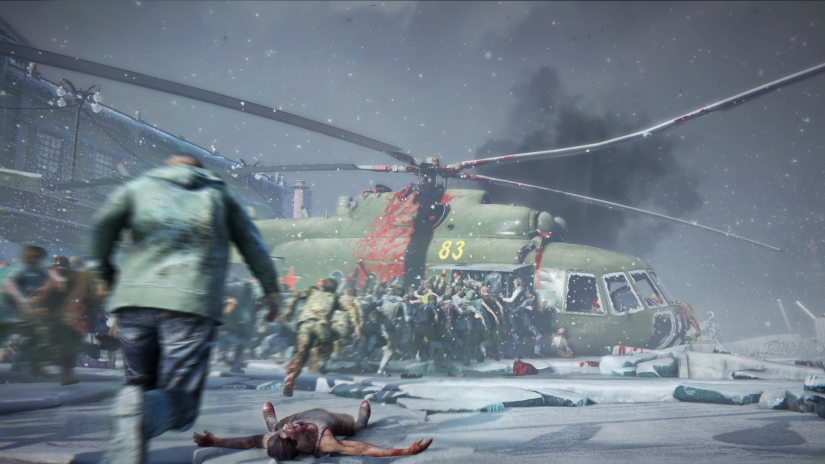 Can You Play Solo in World War Z? Answered

Saber Interactive’s World War Z is best played with friends in co-operative mode if you ask us. The gameplay is really built around team-based survival and it’s a total blast when you’re coordinating with buddies as a unit. That said, you’re not necessarily always going to want a multiplayer experience, so can you play solo in World War Z if you are in the mood to go lone wolf? We’ve got your answers.

Although World War Z is definitely designed as a co-op game, you can certainly play it as a solo experience if you want to.

To play solo, boot the game and start a co-op campaign the way you normally would. When the game asks whether you want to play online or offline, simply choose the latter. This will boot up a new campaign but fill the three squadmate slots with computer-controlled characters.

You can then choose to actually remove the AI teammates and play completely solo, though we imagine this makes the level pretty challenging given the game is designed for four players.

So there you have it: World War Z can be played solo in its offline mode, but you’ll have AI teammates alongside you.

As we’ve said before, the game is really built as a co-operative game, which means that even playing with AI characters that actually obey your commands, it won’t be easy to overcome the zombie horde. You might find yourself missing the finesse of human-controlled teammates that are sharper shots and generally perform better than the AI equivalent. We recommend turning down the difficulty in solo mode.

That does it for whether you can play solo in World War Z. For more useful information and guides on the game, be sure to search Twinfinite. We’ll have plenty more coverage of the game over the coming weeks.