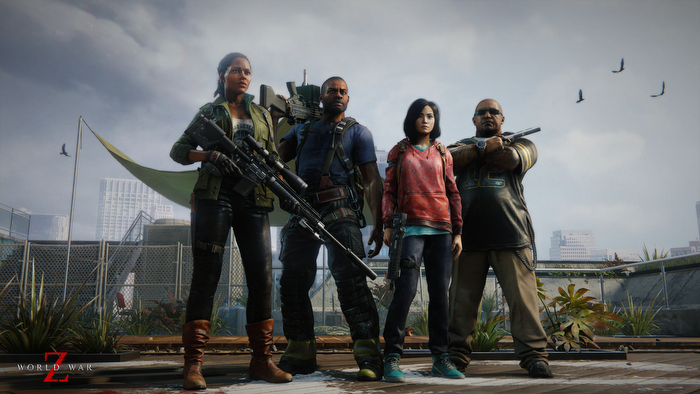 As great as the third person perspective and shooting in World War Z is, some players more inclined to first person shooters may be wondering: Can you play in first person?

Can You Play World War Z in First Person? Answered

It’s a fair question given that the game started out as a first person shooter. Plus, given how many other titles available today offer the choice to play in first or third person, switching between the two has become a near standard feature in high tier releases.

Unfortunately, this isn’t the case with World War Z. Players can only play in third person at this time, and there’s currently been no announcement of when or if a first person mode will ever be added.

It’s a bit of a bummer, but also an understandable design choice when the time is taken to think about it.

Though it may seem simple on paper, implementing a new view for the player takes an enormous amount of time and effort on the part of developers.

They have to consider how this change in view will impact what the player can and can’t see, how this will impact the gameplay and its balance, and make the appropriate changes and tweaks based on what they find.

This is in addition to working on the rest of the game, and more often than not could lead to other factors of the title being put on the back burner.

To that end, it’s probably for the best World War Z’s developer Saber Interactive didn’t try to add in the feature. Doing so could have led to the release of an inferior product and let down their current fans and player base.

Will There Ever Be First Person in World War Z?

Of course, that isn’t to say the game will never see the perspective in the game.

Given that the game just released, World War Z still has months or even years worth of updates and add-ons that haven’t been seen yet. As such, a first person mode could easily end up being included in one of these.

That’s to say nothing of the mods players could create for the game. World War Z is ripe with potential for player-made additions, and if a few talented modders feel strongly enough about having first person, there’s little doubt they can make it happen.

Hopefully this cleared up whether you can play in first person in World War Z. For more on the game, check out our guide on how to play with friends.