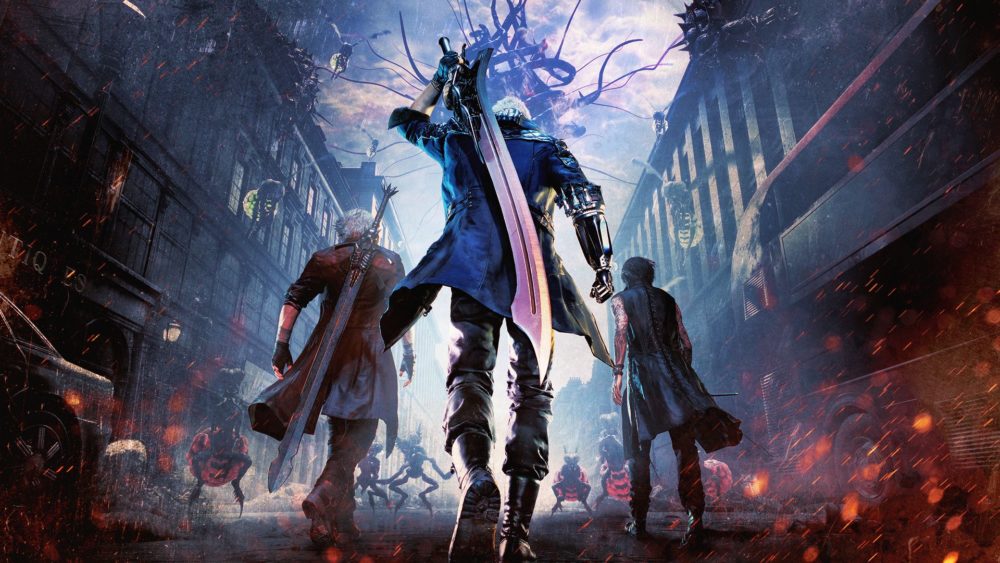 The Devil May Cry series is set to receive a board game adaptation, with a Kickstarter for Devil May Cry: The Bloody Palace headed by Steamforged Games teased to launch later this year.

Revealed through a post to the company’s official website, Devil May Cry: The Bloody Palace will have a Kickstarter campaign starting sometime in Q2 2019.

Though no other information was given on their funding goal or the firm end date for the campaign, the project does have a wider final release window of 2020.

In the game, players take on the role of some of the Devil May Cry series’ most prolific demon hunters from Dante and Nero to Trish and V.

They then compete to defeat enemies in the most stylish ways possible, racking up style points in the process. Whoever accrues the most points by the end of the game wins.

“Featuring all of the adrenalin-fueled intensity that fans new and old will remember, we couldn’t be more thrilled for players around the world to experience our next video game adaptation for the tabletop!” Steamforged wrote in their official announcement.

In particular, the project is one near and dear to the heart of Steamforged’s creative director Mat Hart, and one he’s pushed himself and his team to do justice by.

“As a long-time fan of Devil May Cry and given my background, I couldn’t be more excited to be a part of the team working on this board game,” Hart says.

“From the beautiful sculpts through to the subtle yet dramatic depth of gameplay, we’ve captured the very theme and essence of all that is awesome about Devil May Cry.”

The project will be the second Capcom property-based board game the company has produced. Steamforged also made the critically acclaimed Resident Evil 2 board game, which was also funded via a Kickstarter campaign.

It also comes at a time when the Devil May Cry series is enjoying a revitalization. This is thanks to the release of the positively received Devil May Cry 5, the latest mainline entry in the series which wraps up the Sons of Sparda story arc.

“We are delighted to be working with the folk at Steamforged Games to bring the demons of Devil May Cry to life on players tabletops,” Brian Ayers, senior brand manager at Capcom, says in the official announcement.

“Following the recent success of the latest title in the series Devil May Cry 5, we believe that the brand is stronger than ever and can’t wait to see players enjoyment on playing the upcoming board game release next year.”

For our thoughts on Devil May Cry 5, check out our full review here.