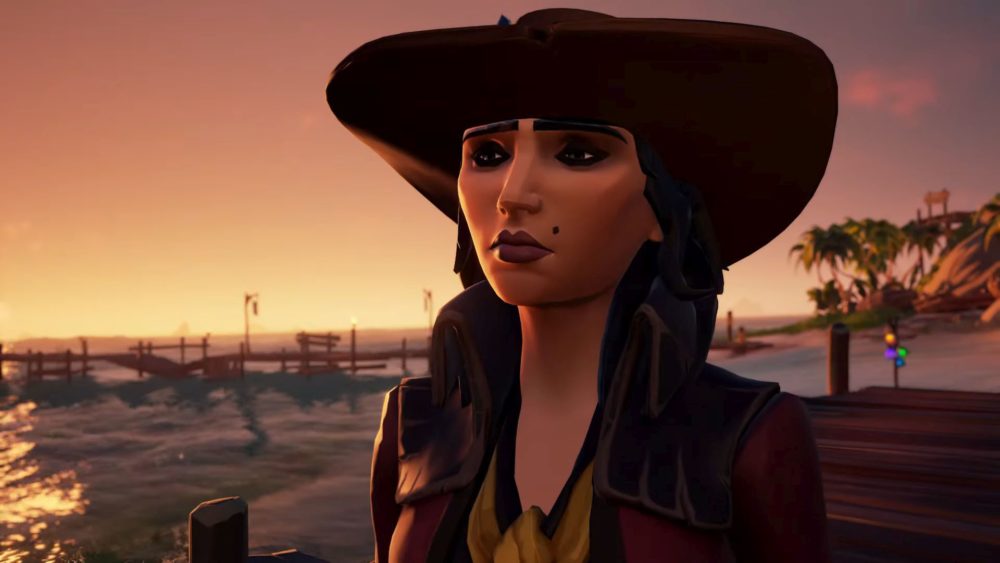 With the Sea of Thieves Anniversary Update coming in just a week, Rare is going all out showing off its features, and today they released a new cinematic trailer.

The trailer focuses on a story-driven adventure titled Tall Tales – Shores of Gold, which will provide players with some more much-welcomed Pirates of the Caribbean-style fun.

Here’s how Rare itself describes it.

“Embark upon a story-driven adventure into long-lost legends and mysteries. Wield wondrous artefacts, pit your wits against puzzles and face down truly fearsome guardians as you follow this trail of Tall Tales.”

The Anniversary Update comes to Sea of Thieves on April 30, and if you want to see more, you can check out another trailer showcasing more additions like fishing, cooking, and harpoon drifting. Yes. Drifting.

Sea of Thieves is currently available for Xbox One and Windows 10. Those who have a subscription to Xbox Game Pass can access the game at no additional cost.

One year in, it certainly appears that the game has found its niche. The content is there, and the gameplay has improved considerably compared to the game’s release. The new update is likely going to be like the icing on the cake.