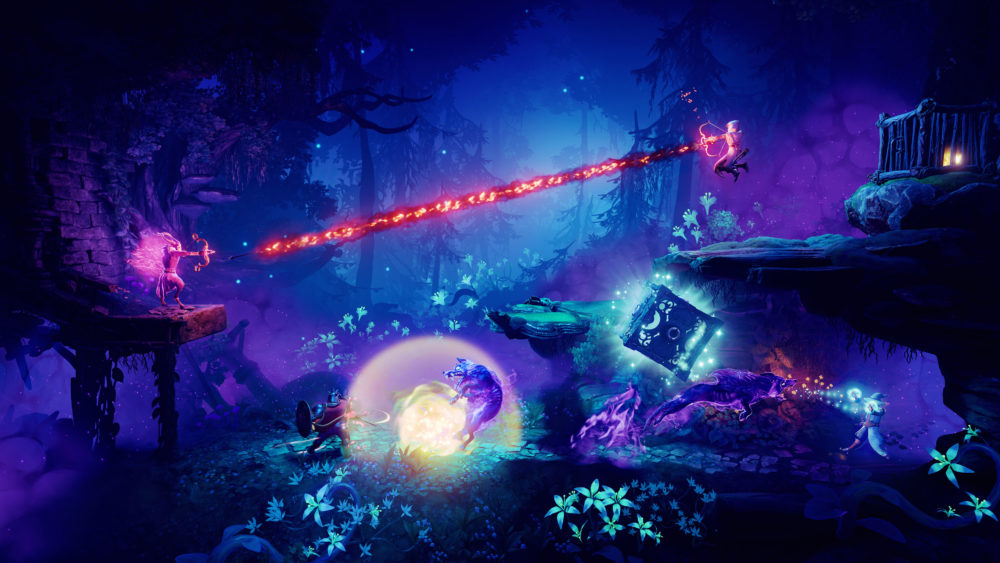 With such a vast number of side-scrolling platform games being developed by small indie studios, it takes something really special and innovative to stand apart. That’s exactly what Finnish developer Frozenbyte managed to pull off with the original Trine game back in 2009.

The combination of intuitive 2.5D co-operative platforming and absolutely stunning artwork proved a real winner. Its physics-based puzzles gameplay is just so entertaining, often hilariously unpredictable. And how can you not fall in love with that magical fantasy setting and playful storytelling that feels lifted straight out of a fairytale?

Trine was such a hit that it spawned a successful franchise spanning a trilogy of games, all built around the same design principles. Except that Trine 3 marked the developer’s attempt to take the game from 2.5D to a full 3D platformer, and it didn’t work out all that well.

On paper, a 3D Trine game should have been amazing, but while it was easily the best-looking game of the series, the platforming and puzzle gameplay just didn’t feel as accomplished. It was awkward and often frustrating, where before it had been such a tight and intuitive experience.

Fans of the series will be pleased that for its recently revealed fourth game in the series, Frozenbyte is taking Trine back to its 2.5D roots. The upcoming sequel was actually announced last year, but it’s only recently that we saw it in action for the first time with a trailer confirming that the developer wouldn’t be continuing the series in 3D. Earlier this week, an IGN preview video revealed over ten minutes of gameplay.

I’m one of those fans, having long adored the Trine series and had the most fun with the first two 2.5D games. But I’m a little torn by what I’ve seen so far. Even though it’s early days in the development cycle, Trine 4 looks very conservative. If I’m honest, I’m not really seeing anything that suggests the game is offering me an experience I’ve not already played twice over.

Don’t get me wrong, I think Trine’s return to 2.5D gives Frozenbyte the best chance of delivering “the most compelling Trine game,” as they said themselves in a recent interview. It’s also great that they’re conscious of delivering “ what the fans have been asking for,” after the disappointment of Trine 3’s overly ambitious jump to 3D essentially meant the studio wasn’t able to deliver on their original vision for that game.

But could it be that the heartbreak from Trine 3’s flop has somewhat stunted the ambition for Trine 4? It rather feels like it from this early footage. The puzzle mechanics all look very familiar, the combat doesn’t seem to have evolved, and there don’t seem to be many new abilities being showcased.

Now, I’m certain that there will be tweaks and improvements here and there, but I would have thought that if there were notable new features and mechanics that they would have been front and center on display in the announcement trailer and preview footage? Instead, Trine 4 just looks like more Trine.

That’s slightly disappointing because I was rather hoping Frozenbyte would continue trying to evolve the Trine formula. I see that as being the only route to sustaining the franchise longterm. To me, Trine 4 almost looks like an apology game; a polished Trine 2 with more bells and whistles to make up for a blunder with Trine 3.

Perhaps that’s harsh. I am hugely excited to see that Trine is back and that it’s returning to the perspective that it works best in. My issue is that bringing the game back to its roots shouldn’t necessarily mean sticking rigidly to the exact same formula. Here’s hoping that Trine 4 feels more sweet nostalgia than same old when I get my hands on it later this year.