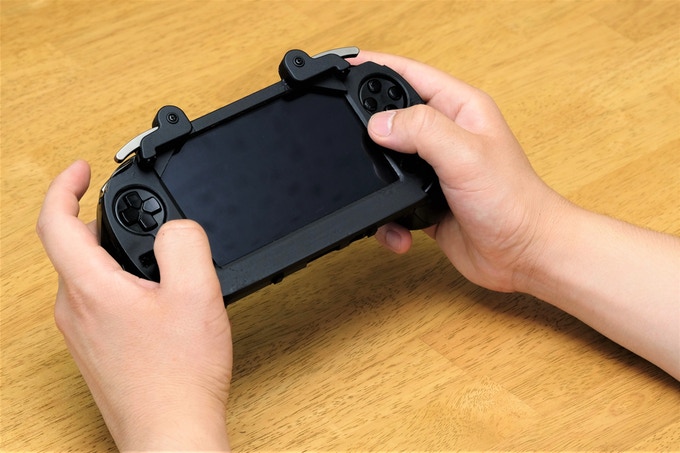 Years ago, they launched a popular grip for PS Vita 2000 that allowed players to enjoy L2 and R2 buttons for PS4 remote play. Yet, it worked only if the riggers were mapped to the back touch panel.

After that, they launched a version for the original PS Vita 1000, and another for the PS Vita 2000 that added triggers compatible with the front touch screen.

Unfortunately, this version was never made for the PS Vita 1000, so if you wanted to enjoy remote play with games that mapped the R2 and L2 triggers on the old Vita’s OLED screen, you were pretty much out of luck, until now.

Joetsu launched a Kickstarter campaign to create an add-on for its PS Vita 1000 grip with the coveted front triggers.

This is actually the second attempt, as the first in 2018 aimed to mass produce the accessory, so the goal was a pretty high 3.3 million yen (roughly $29.500). Unfortunately, it failed.

Since they still received a lot of requests, they’re trying a different way, which allows them to create smaller quantities of product. As a consequence, they were able to set the goal much lower at 254,400 yen (which translates into $2,273). The goal has already been reached on the fly, so the project is a go.

The manufacturer also mentions that backing the product is likely the last chance to get it, which isn’t surprising since the Vita is going the way of the dodo.

That being said, you still have 23 days before the campaign ends, and Joetsu is willing to ship internationally.

Three options are still available. The basic accessory costs 2,980 yen and ($27) and requires you to have Joetsu’s base grip for the PS Vita 1000, as it attaches to its bottom half.

The second option is a discounted price for the accessory plus the original grip, which gives you all you need whether your triggers are mapped to the touch screen or the touch pad. It costs 4,980 yen ($45), but there are only four left at the moment of this writing.

Shipments of the completed accessories are expected to start in July 2019, just in time for Monster Hunter World’s upcoming expansion.