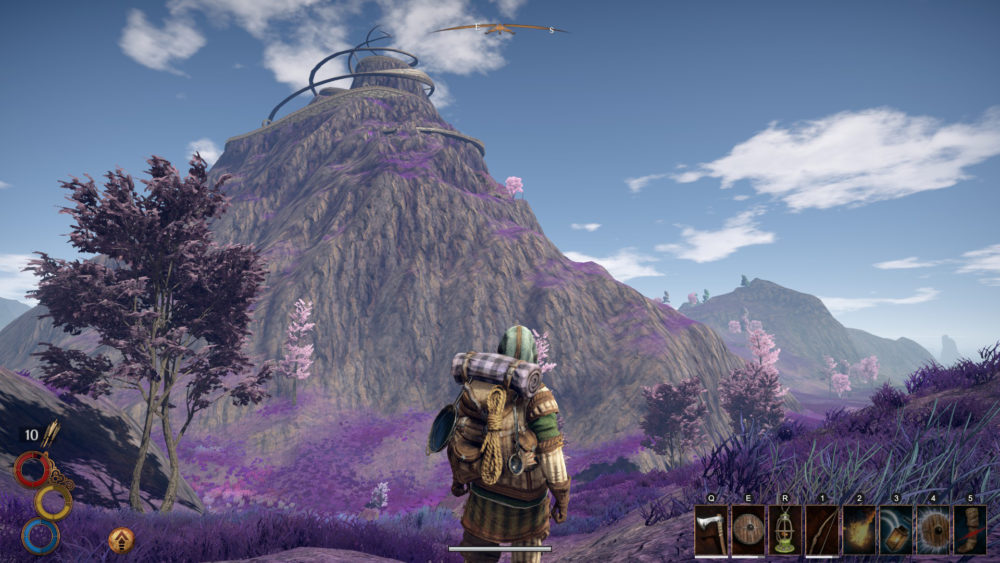 Which Faction You Should Join in Outward

Outward isn’t a game you play for the story. It’s a gritty open world survival RPG in which the trials and tribulations of your own adventure is really the ultimate story. That said, there are storylines to follow and characters to meet along the way. Much of this depends on which faction you join, so it’s an important decision. Here’s some information to help you decide which faction you should join in Outward.

Beyond just the narrative interactions, there’s also gameplay perks associated with each faction in the game. That means choosing your faction also comes down to your playstyle/character build as well as the story interests.

You will also be able to purchase a home within one of the cities associated with whichever faction you join.

You should also remember that once you’ve chosen a faction you won’t be able to access quests and tasks associated with other factions in the game.

There are many different factions in Outward, but there are only three you can join:

We’ll now through each and provide an overview of their qualities and associated perks.

Essentially the starting/default faction of the game.

The Blue Chamber Collective is the largest faction and most stable faction in Outward. Loyalty is an important quality for this faction, who operate as a close-knit group despite their size. Essentially, the overall faction consists of many smaller groups who are tied by blood.

The faction perk is that your character gains a permanent HP boost of 40 health points. You’ll also be given the Peacekeeper Elixir, Latern of Souls, and Crimson plate armor.

To join The Blue Chamber Collective you’ll need to visit their headquarters, which is located in the city of Berg in the country of Enmerkar Forest.

The Holy Mission of Elatt

The Heroic Kingdom of Levant is a religious faction, and they’re intent on carrying out whichever activity is best for the greater good of the world’s population. They’re a kind-hearted faction who are basically wanting to help everyone. Many of their followers are students of magic, pilgrims, and priests, so it’s a suitable faction if you’re going for a magic playthrough.

Particularly so, because joining the Holy Mission of Elatt faction, makes your mana and stamina costs lower by 15% when using skills and abilities.

To join the faction of The Holy Mission of Elatt you will need to visit the city of Monsoon in the Hallowed Marsh.

The Heroic Kingdom of Levant

The Heroic Kingdom of Levant wants to save people with technology. They’re wanting to create a utopian society with liberal values, joining together peoples who have been outcast from factions like The Blue Chamber Collective.

Joining the Heroic Kingdom of Levant faction will increase your hero’s damage by 15%. You’ll also get access to a Peacekeeper Elixer, Zagi’s mask, Zagi’s chest piece, 3 gold bars, and a powerful pistol.

To join this The Heroic Kingdom of Levant you’ll need to be prepared to make a long journey from the start of the game. The faction’s headquarters are located in the Abrassar desert, which means going first through the land of Enmerkar Forest. You’re looking to find the city of Levant.

Which Should You Choose?

Ultimately, you should choose whichever faction best suits the character build you’re going for –strength, magic, etc. Each has its own storylines and quests that are equally interesting, quite honestly.

That being said, we wouldn’t necessarily recommend The Heroic Kingdom of Levant for your first playthrough. That’s because it requires you to travel the furthest from the start of the game. It isn’t very accessible for newcomers who will find themselves traipsing across two separate different areas. Perhaps save this playthrough for a newgame+ run.

The Blue Chamber is probably the ideal faction to join for your first run through the game. They’re easy to access, and having a home in Berg is convenient given its central location.

Hopefully, that information helps you choose which faction you should join in Outward. For more useful guides on the game, be sure to search Twinfinite.