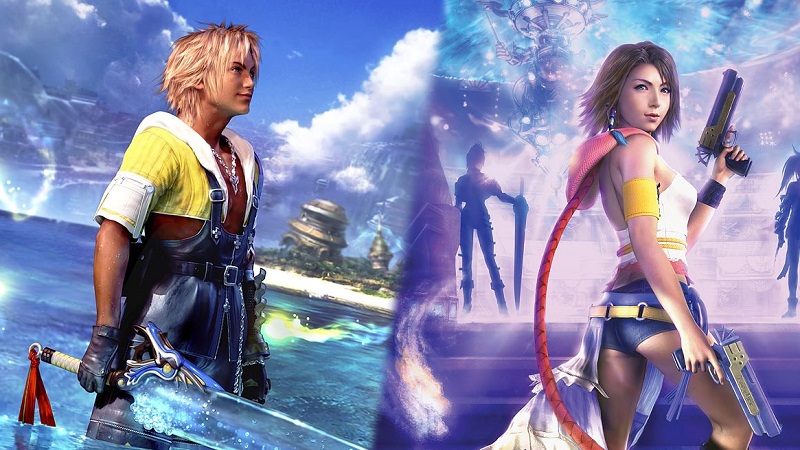 Square Enix just released a brand new trailer for Final Fantasy X/X-2 HD Remaster. Suitably entitled ‘Tidus and Yuna’, the trailer focuses almost exclusively on the two protagonists, their love story, and their adventures across the world of Spira.

The video includes many of the iconic scenes showcased in the first trailer you may have seen back in February.

Tidus and Yuna are just two of the main characters you can play as in Final Fantasy X/X-2 HD Remaster. Aside from them, you can also step into the shoes of Kimahri Ronso, Rikku, Auron, Lulu, and Wakka.

Much like the previous trailer, this new video doesn’t include a whole lot of gameplay and mostly centers around the game’s many cutscenes.

Just as its name suggests, Final Fantasy X/X-2 HD Remaster comes with improved graphics and HD textures for characters, monsters, environments, and even the aforementioned cutscenes. The game’s soundtrack has also been reworked, however, you can freely switch back to the original score whenever you want.

Final Fantasy X/X-2 HD Remaster is a compilation that includes updated versions of both Final Fantasy X and Final Fantasy X-2. The compilation was first released for PS3 and PS Vita back in December 2013 (2014 outside Japan). The Remaster was then later ported to PS4 in May 2015 and Steam in May 2016 complete with a couple of PC-centric features, including autosaves.

The Xbox One and Nintendo Switch version of Final Fantasy X/X-2 HD Remaster are set to launch on April 16 for $49.99. Meanwhile, Final Fantasy XII: The Zodiac Age will also finally grace the two platforms just a couple of weeks later on April 30.