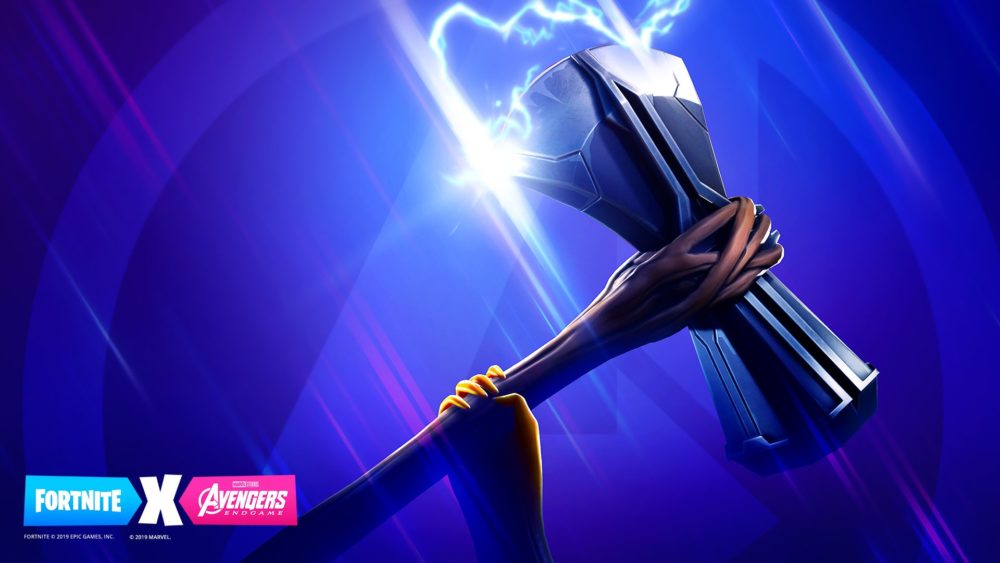 Just yesterday, Epic Games put out a tweet on their official account teasing a Fortnite and Avengers crossover event that seems to be happening on April 25, a day before the theatrical debut of Avengers: Endgame.

The tweet contained a photo of a woman holding Captain America’s shield, giving players the idea that the new event will give Fortnite players access to one of the most powerful weapons in Marvel’s history.

Today, another tease was let out by Epic Games once again, but instead of a shield, an image of a character holding the Stormbringer axe that Thor uses in the Avengers:

We’re sure that Epic Games will continue to tease this upcoming event as the week comes to an end, but if it’s anything like the Thanos event from last year, players are in for a heck of a good time.

Avengers is the talk of the town right now, and with this event happening alongside the release of the film this weekend, you’ll definitely be seeing Avengers trending on Twitter for quite some time.

For everything on Fortnite, be sure to check out our ever-expanding wiki guide for Season 8 of the game right here, and as always, check back at Twinfinite for any and all new updates that come our way.