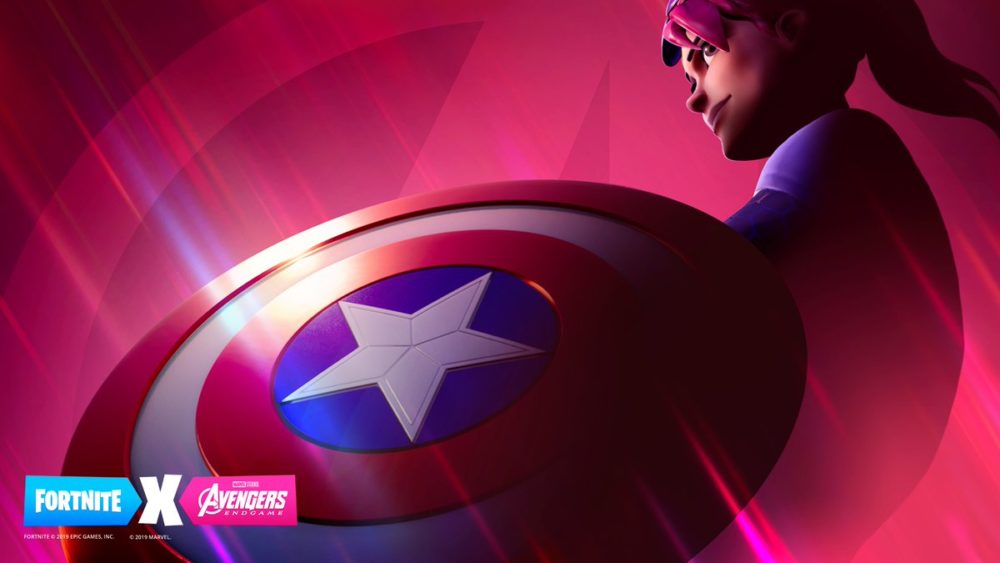 Epic Games turned quite a few heads last year when it created a limited in-game event that let Fortnite players channel the power of the Infinity Gauntlet and transform into The Mad Titan, Thanos. Well, looks like the studio is poised to make lightning strike twice, and Thor might be to blame.

The official Fortnite Twitter account was recently updated with a picture of a woman holding Captain America’s iconic shield, along with the tagline “Whatever it takes.” The tweet might be short and sweet, but the message is crystal clear: a limited-time Avengers crossover event is coming to Fortnite April 25th, the day before Avengers: Endgame hits theaters.

The previous Fortnite x Avengers crossover event spawned the Infinity Gauntlet into Battle Royale matches, transformed whoever found it first into Thanos, and gave them a whole host of abilities. These powers included an energy beam, a building-leveling punch, and a super-jump. Since the tweet’s image includes Captain America’s shield and not Cap himself, it’s difficult to determine if the upcoming event will play out the same way.

This new crossover event could involve Captain America’s shield dropping from the sky and granting whoever picks it up some new abilities, such as the iconic boomerang-shield throw, or perhaps the shield is just a new item/skin players can unlock, possibly with V-bucks.

Moreover, we do not know if this event will involve other Avengers and their signature weapons/powers. Plenty of gamers would probably jump at the opportunity to call down lightning with Thor’s new hammer, Stormbreaker, or at the very least swing it around as a pickaxe, but we don’t know if Thor or Stormbreaker will join the party, let alone any of the other remaining Avengers. So far, only Captain America’s shield has been confirmed.

Regardless of whether Fortnite’s upcoming event will feature limited powerups or unlockable/purchasable skins (or both), many gamers are still excited.

For more Fortnite news and updates, especially regarding the upcoming event, stick with Twinfinite.