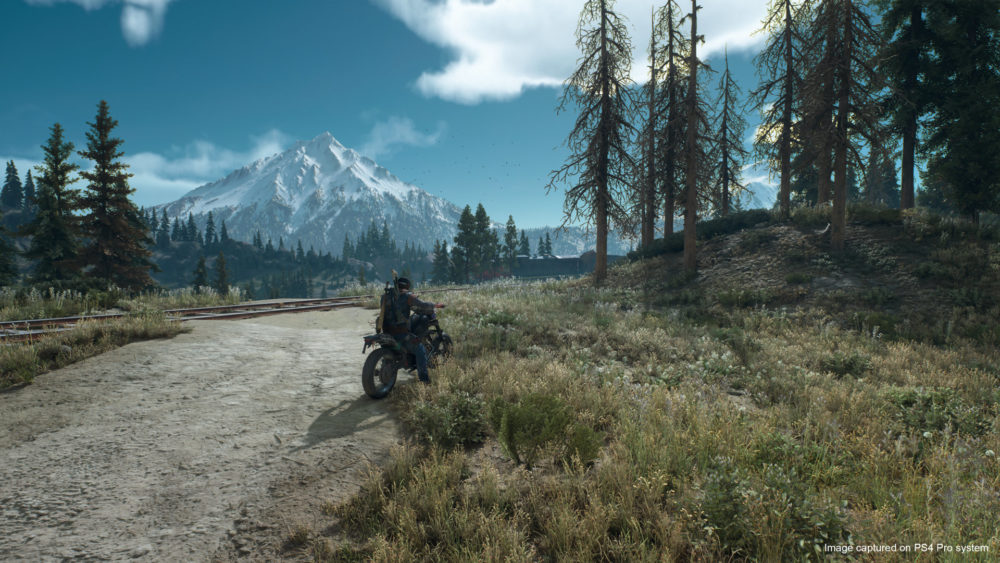 Is Days Gone PS4 Pro Compatible? What You Need to Know

Days Gone is the latest PS4 exclusive, dropping players in a zombie-apocalypse world filled with both human and undead enemies to deal with. As they unravel Deacon’s story and the mystery of what’s going on, you’ll likely ogle the stunning visuals. Whether it’s a picturesque view as the sun sets, or just the decaying flesh on a Freaker’s face, you may be wondering if the PS4 Pro offers any enhancements to the experience.

Is it PS4 Pro Enhanced?

Well, we have some good news, and some bad news. First off, yes, Days Gone is, in fact, PS4 Pro compatible, as many players may have guessed with it being a first-party title. If you’re wondering exactly how we know, if you head over to the game’s official page on the PlayStation website, you’ll see the icon stamped just next to the game’s name.

Of course, that doesn’t tell us exactly what the PS4 Pro is going to bring in terms of improvements when playing Days Gone on Sony’s supercharged system. Fortunately, we’ve got the details on this, too.

First off, it’s worth noting that while it’s not an exclusive feature to the PS4 Pro, Days Gone is HDR compatible, meaning your TV will be able to display a far wider color gamut, providing more accurate and lifelike colors within the game. This does require that you have an HDR-compatible display, however.

In terms of specific improvements when playing on the PS4 Pro, it appears to simply be an upscaling of the resolution. In GameInformer’s rapid questions round with the game’s creative director John Garvin, it was revealed that Days Gone will support checkerboard 4K at 30fps on PS4 Pro.

Can You Prioritize Framerate in Days Gone on PS4 Pro?

Unfortunately, Days Gone doesn’t allow players to prioritize framerate over the resolution or enhanced details in visuals. There is no option to play the game in 60fps, and the only enhancements you will see on the PS4 Pro is the improved resolution.

Even so, it’s worth noting that this isn’t a native 4K resolution, and it’s simply a means of improving and ‘stretching’ a 1080p image. Some claim this isn’t a ‘true 4K’ experience, but if you ask us, it still looks pretty great.

That’s everything you need to know regarding whether or not Days Gone is PS4 Pro compatible. For more tips, tricks, and guides, be sure to check out our ever-expanding Days Gone guide wiki.