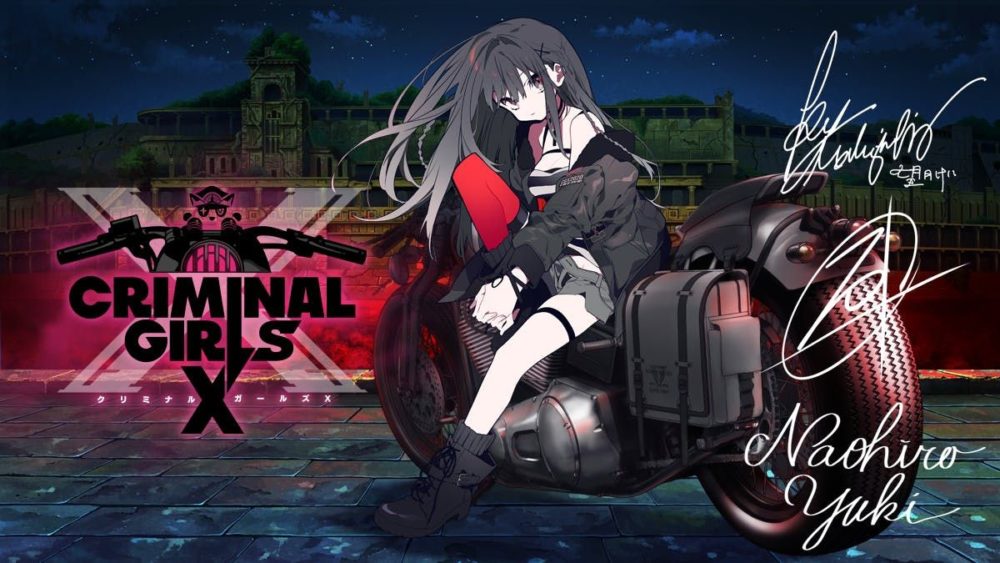 Today Mikage released new images of its upcoming Criminal Girls game Criminal Girls X, providing the first look at part of the cast and at the gameplay loop.

First of all, we get the introduction of four characters. The images were released on the game’s crowdfunding page on the Japanese platform Campfire. You can see them in the gallery at the bottom of the post.

The first girl from the left is Misora. She has a warm and soft aura around her. She is shy, but she likes animals.

The second girl is the one that we have already seen, but we now learn her name: Nana. She is a strong and free lady.

The cat is actually the protagonist. His real form is a young man who descended to the world named “Shura” between Earth and Hell in order to bring the woman he loves back.

The third lady is Juiko, and she is a bossy girl with a strong sense of pressure around her.

We also hear about the gameplay loop.

We start with the screenshot we saw yesterday, which is a shooter-like battle which will support VR. After that, there are boss battles, which will be revealed on April 26. Bosses drop fragments of memories of the real world (The hero had his memories erased when he was transformed by God into a cat).

After that, there an adventure part in the real world and one in the world of Shura. Both are similar to the original Criminal Girl games and will be revealed on June 25. The section in the world of Shura can either lead to the shooter battle or to the rehabilitation gameplay, which normally leads back to the adventure.

When the favor rating reaches its maximum value during rehabilitation, there is another phase named “Sublimation” where the girls can face their sin and find redemption. Both of these parts will be revealed in August.

Lastly, we get to the Love phase, which is evolved from the previous games and will support VR. It will be revealed in July, and it’s supposed to bring happiness (in a variety of ways).

There are a total of 24 heroines in the game.

The crowdfunding campaign will start on April 26, and the goal is 6,000,000 yen, which translates into roughly $53,614. The objective of the campaign is to create a “console-like” release on PC, iOS, and Android. It will prompt players to pay for the content upfront, as an alternative to the free-to-play version.

The free-to-play version is expected to release in February 2020, while the full version should come in May 2020.

If you want to see more, you can check out the original announcement with a trailer.