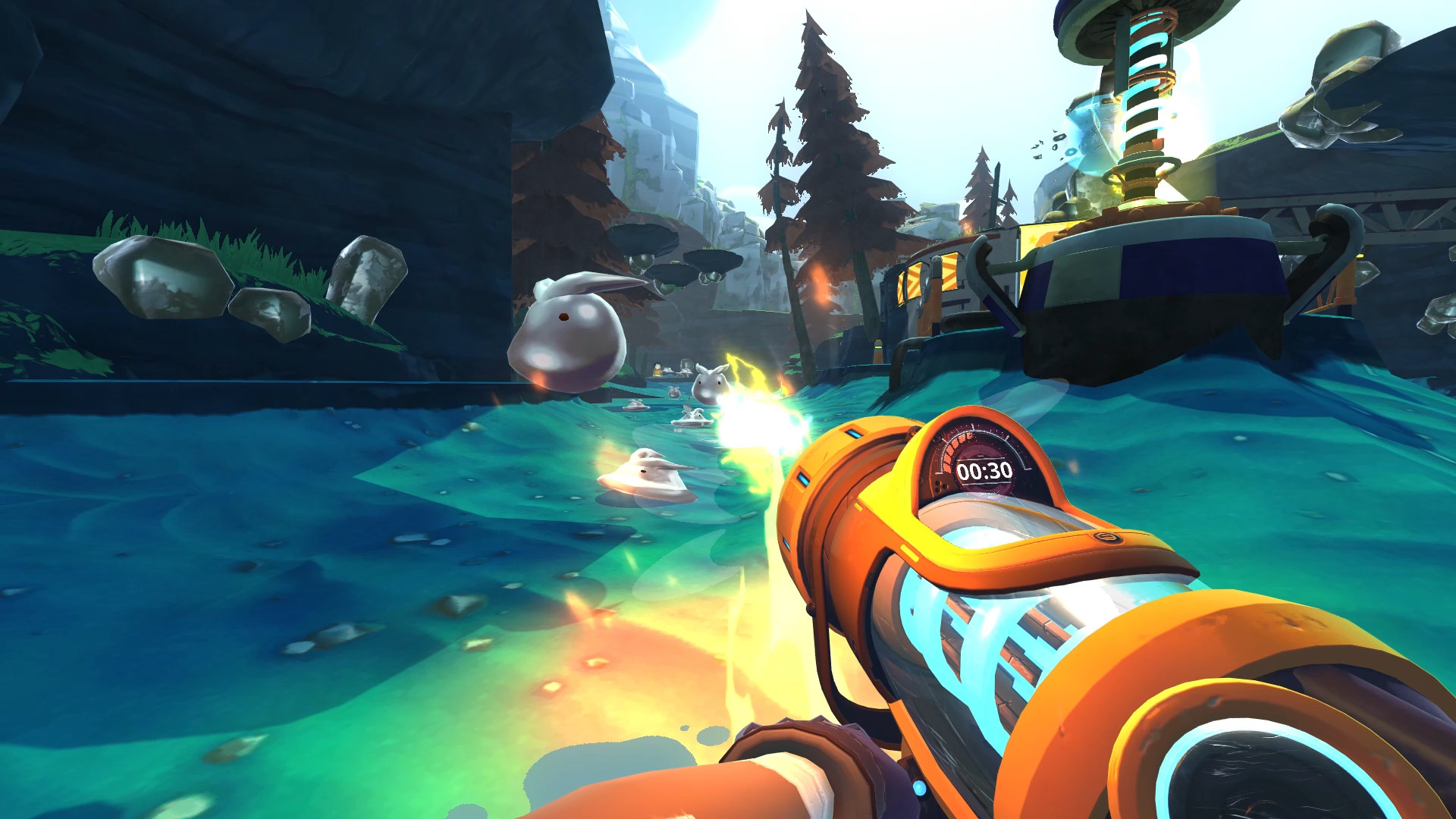 Here’s Whether Slime Rancher is Coming to Nintendo Switch

Slime Rancher has moved on from its initially rocky PC launch with numerous patches and updates. It’s now a hugely popular first-person farming sim that’s been successful on PC, PS4, and Xbox One. But the question is whether Slime Rancher is coming to Nintendo Switch. Here’s your answer.

There’s no doubt that Slime Rancher would be a perfect fit for Nintendo’s hybrid console. Collecting, growing, and breeding slimes for plort (read poo) whilst sitting on the toilet sounds like the perfect way to pass the time, right? So what’s the deal, has developer Monomi Park finally heard the cry?

Well, they have, actually. They heard it a long time ago. Way back in 2017 the developer took to Twitter to state:

“Regarding requests for Slime Rancher on other consoles: we’re currently focused on PC and Xbox, but in the future, anything is possible.”

Nearly two years on and unfortunately we’re still waiting with bated breath, and not because we’re on the toilet! No, it’s because there’s not yet any official word on a Nintendo Switch port of Slime Rancher.

But as you can see in the above Tweet, Monomi Park are aware that there’s a big demand for the game on Nintendo’s console. Hopefully, it’s only a matter of time before the developer turns its attention to the only remaining major platform not yet supporting the game.

Until then, we’ll keep this post updated with any future news on the port as and when we hear it. If you’re super enthused about the prospect of the game on Switch then you could go and sign this petition to show your support.

That’s all the information we can offer those wondering if Slime Rancher is coming to Nintendo Switch. For more coverage on the game, be sure to search Twinfinite.