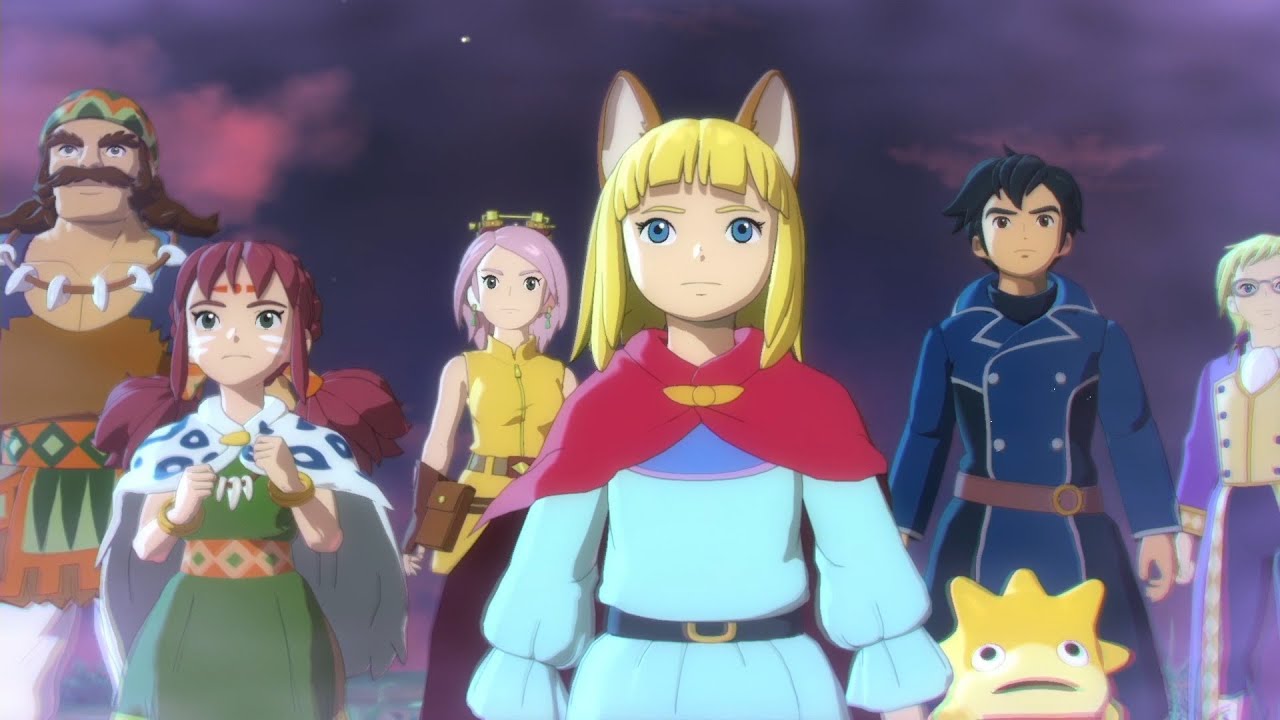 Bandai Namco has today published a trailer for Ni No Kuni 2’s most substantial DLC yet, The Tale of a Timeless Tome. It’s our first proper look at the content, showcasing new battle mechanics and a new arena mode. Most importantly, we get a glimpse of its story expansion, which sees the return of some familiar characters and locations.

Indeed, sharp-eyed fans of the series will have recognized the trailer shown at the start of the trailer as the abode of Oliver from Ni No Kuni: Wrath of the White Witch. The Conductor, a character familiar to anyone who has played the first game, is also present and looks as though he’ll play a key role in the story.

As for the nature of the story, Level-5 describes it for us in our press release:

“The Tale of a Timeless Tome begins with Evan and his friends hearing about a rumor regarding a mysterious rabbit dressed in a tuxedo that is being seen in people’s dreams. Evan decides to investigate by staying at the Goldpaw Inn.

When Evan falls asleep, he finds himself in a dream world and encounters the rabbit who tells them he is The Conductor. Who is this off character and what is his objective?”

As for the new gameplay mechanics, Evan will have the opportunity to master new “martial method” to increase his magical power. And from the Wizard’s Companion, no less — another reference to the Wrath of the White Witch.

If you like the awesome Higgledies then there’s good news in the form of “Martha’s method,” an expansion that allows Evan and co to harness even more power from their cutesy companions.

And there will be plenty of opportunities to try out all of these new tricks in battle, as there’s a combat arena event called the Solesseum Slog players can challenge themselves in. The arena comprises a series of battles against formidable enemies, all under a ticking timer that counts down continuously. Presumably, you’ll need to beat it under a certain number of minutes to attain the best ranking.

Thankfully, though, The Tale of a Timeless Tome looks very promising indeed — even if I’m slightly concerned at the lack of voice acting in the trailer. What we’re seeing here appears to be the quality expansion to Revenant Kingdom that the game deserves, so let’s hope that turns out to be the case.

Ni No Kuni 2 The Tale of a Timeless Tome releases on PS4 and PC March 19. The content is free for season pass holders but can be purchased separately for everyone else.

Level-5 recently announced the production of a Ni No Kuni movie, which you can also read about.