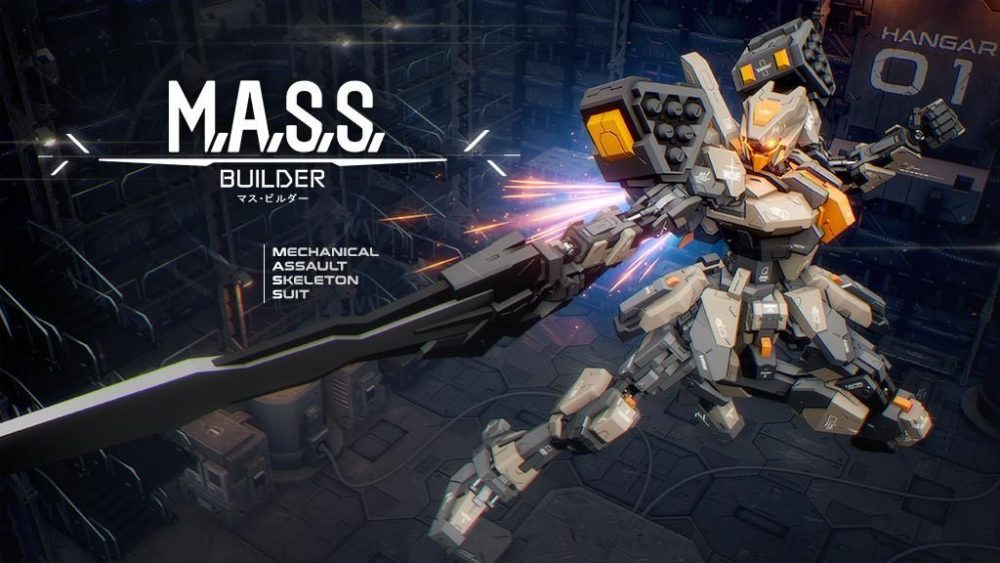 The title stands for Mechanical Assault Skeleton Suit, and the game places the player at the controls of an insanely cool-looking mecha in a struggle against mysterious void creatures.

While I mentioned that the robot looks cool, you can actually decide its appearance since it’s extremely customizable with tons of different parts, as you can see in the trailer at the bottom of the project.

Add some lovely anime-style characters, and you have a potential winner.

“A future in where humans lived a prosperous century and technology advancing beyond space and time,” that was what humanity should have been if not for the sudden appearance of unknown beasts of the void. A large portion of humanity was gone in a moment. War for the survival of humanity broke off all over the world, changing landscapes and settlements into warzones. Humanity was forced to relocate into shelters and reinvent their technologies into weapons of war, the M.A.S.S. technology.

M.A.S.S. Builder is an Action RPG with players piloting a M.A.S.S. (Mechanical Assault Skeleton Suit) as a commander of a private military company, setting out to help combat the threat of Quarks. You will build, customize, and fight to save the world, or at least, have fun creating and customizing your perfect mechanical suits.

The game features an in-depth customization system that has a clear distinction between equipment that gives status and equipment of pure aesthetics. You will be able to customize everything to suit your playstyle while looking good in this fast-paced mechanical combat.

The Kickstarter campaign was launched with the support of publisher Sekai Project and asks for a very modest $32,000, with a$6,282 already backed at the moment of this writing.

Stretch goals include full voice overs at $45,000, more customizable parts (from 25 to 37 variations per part) at $60,000, and an additional “spider” frame for your mecha at $70,000. For now only a PC version (via Steam) is mentioned on the Kickstarter listing, with no stretch goals for other platforms.

That being said, the game was originally announced for Nintendo Switch as well last year, and Vermillion Digital clarified on Twitter that the Switch version is still being planned, but the team needs to finish the PC version first. If the game is successful, they’ll then take care of the port on Nintendo’s console as well.

The game was initially funded via an Indiegogo campaign and a developer grant, which is the reason why the Kickstarter goals are quite modest.

If you want to try it out, you can actually already download a demo. If you want to help back the game, you can do so at the official Kickstarter page, where an October 2019 release window is also mentioned.

If you’re interested in taking a look at more kickstarted mecha games, you can also enjoy the latest trailer of Hardcore Mecha.