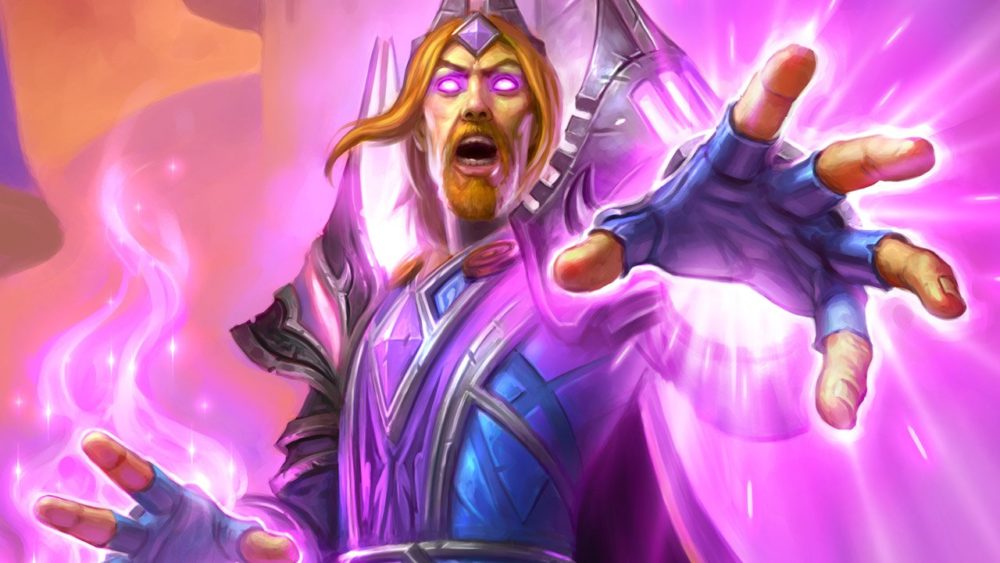 Today, Archmage Vargoth was revealed as the free Legendary available to all players ahead of the release of the Rise of Shadows expansion.

Archmage Vargoth was shown off as an IGN exclusive, and it’s set to ship out days before the scheduled April 9 launch of Rise of Shadows. Blizzard held a similar special Legendary event like this for Kobolds & Catacombs, where Hearthstone players received a free Marin the Fox card.

Archmage Vargoth is a 4-mana, 2/6 neutral drop with the following card text:

“At the end of your turn, cast a spell you’ve cast this turn (targets are random).”

It’s important to understand that the effect isn’t a Battlecry, making it repeatable. Cards that perform card draw and friendly buffs will be extremely potent as a combo alongside Archmage Vargoth.

IGN writer Cam Shea had the following to say about special interactions with the card:

“For spells with Overload, yes, you’ll be overloaded twice: once for the spell you cast, and once for the copy that Vargoth casts. For Choose One spells, he will cast a random option, so if you’re hoping to double buff your board as a Token Druid using Power of the Wild, well, you may wind up with an additional 3/2 Panther instead. Discover is also random, so you won’t get the same choice twice from Hallucination. Cards where the randomness happens ahead of being played, however, function much as you’d expect.”

With this card being released before Rise of Shadows, it should be particularly interesting to see how it behaves in the current Standard environment before the Year of the Dragon rotation.

An exact date for when this card will be given to players has yet to be announced, but Rise of Shadows launches on April 9.