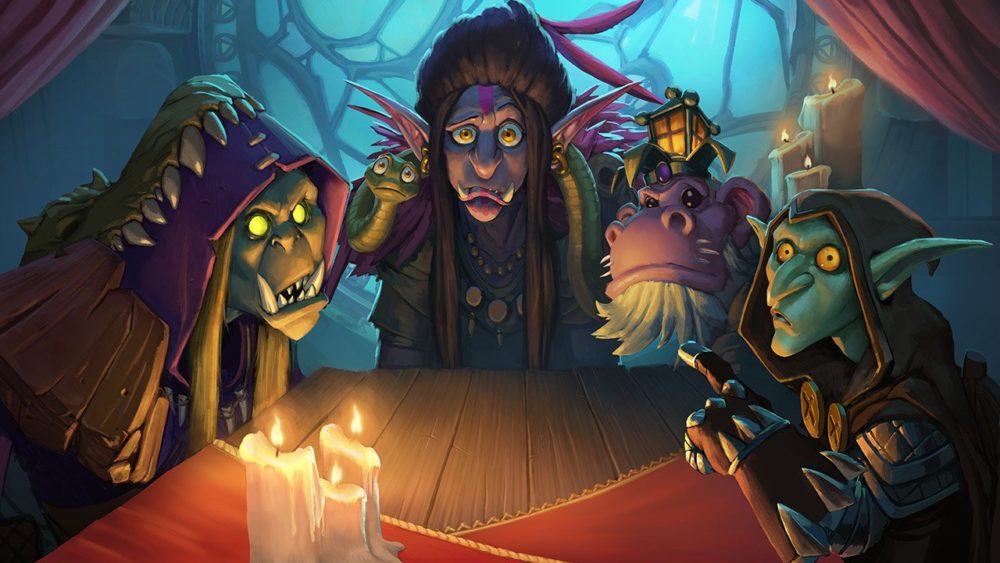 An announcement trailer for the next Hearthstone expansion hit YouTube today, and Rise of Shadows is set to bring some interesting new evil to Blizzard’s hit card game.

Earlier in the month, we reported on a teaser that seemed to hint a comeback of the Old Gods. Today, we learned it’s much more than that. While the Rise of Shadows expansion is set to bring back some familiar faces, such as Rafaam, it’s going to introduce many new personalities and mechanics to the game.

New “Scheme” cards, like Hagatha’s Scheme, grow more powerful the longer you hold them in your hand. We’ve seen mechanics similar to this in the past, where cards change each turn they remain in your hand, but this is something completely new.

Forbidden Words is another of the eight cards revealed so far, which is a “spend all your Mana” throwback card that players should be familiar with from past expansions.

The Forest’s Aid is a new Druid card that previews the Twinspell mechanic. Twinspell is similar to the Echo keyword, except the card only duplicates a single time and will remain in your hand even if you don’t use it on the same turn.

Here are the five other cards announced today:

Rise of Shadows is being introduced as a “trilogy,” something we’ve yet to see from Hearthstone expansions.  The first chapter of Rise of Shadows will be free to access, and the other four will cost you 700 Gold each or $19.99 for the full set.

Rise of Shadows contains 135 new cards and will launch on April 9. You can pre-purchase bundles of 50 or 80 cards on the official expansion page of the Hearthstone website.