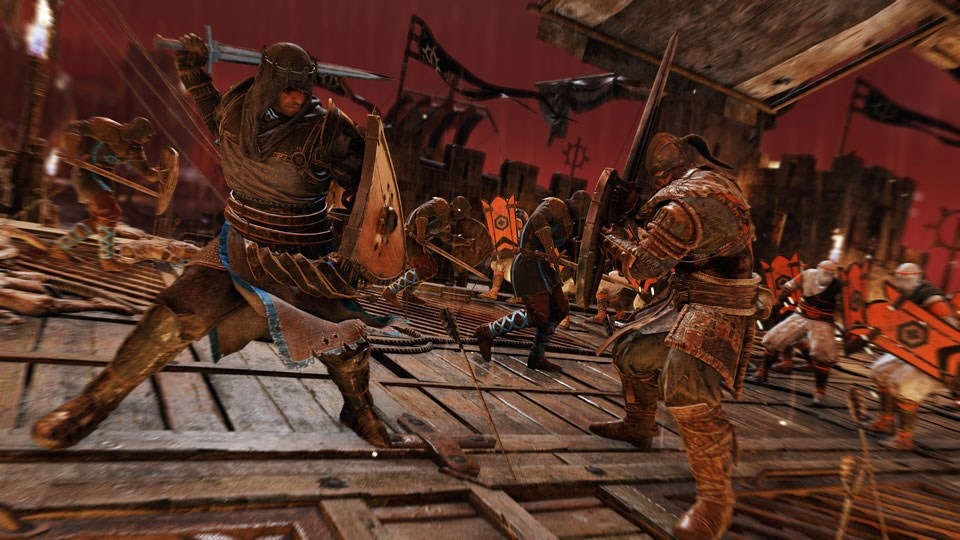 Ubisoft has just released a brand new trailer for For Honor’s Black Prior’s Riposte. The video focuses on setting the stage for the new event and providing the backstory for the game’s latest characters the Black Priors.

In the new trailer, it is revealed that Vortiger and the Black Priors were summoned to aid a city that was under siege by both the Vikings and Samurai. Unfortunately, once the Black Priors had defeated the invaders, they decided to take the city for themselves.

Black Prior’s Riposte will represent the destruction left by Vortiger and his army with visual changes to For Honor’s battlefields, main menu, face-off screen, orders, soldiers, and objectives. Additionally, there will also be a new limited-time 4v4 game mode called Battle of Attrition.

The event will run from March 14 to 28 and also brings with it some brand new cosmetics for players to collect.

Anyone who participates in Black Prior’s Riposte will receive a new emblem and will be able to loot event-exclusive items like weapons, the Vortiger’s Hawk ornament, Vortiger’s Riposte battle outfit, and Vortiger’s Dark Oath effect.

All factions will also have new Anima outfits that can be purchased for 20,000 steel each and a new Vortiger’s Ascent free-roam emote will be available for 10,000 Steel.

Lastly, for fans who want to learn even more about the Black Priors, Ubisoft has said there is additional lore to be uncovered in the latest installment of The Journals of Heathmoor.

Overall, this seems like a great event that should help provide some more thematic flavor to For Honor’s world.

You can watch the new trailer below. If you want to learn more about the Black Prior’s Riposte, you can read Ubisoft’s blog post detailing the event here. For more on For Honor’s new characters, be sure to check out our coverage of the Vortiger gameplay video.