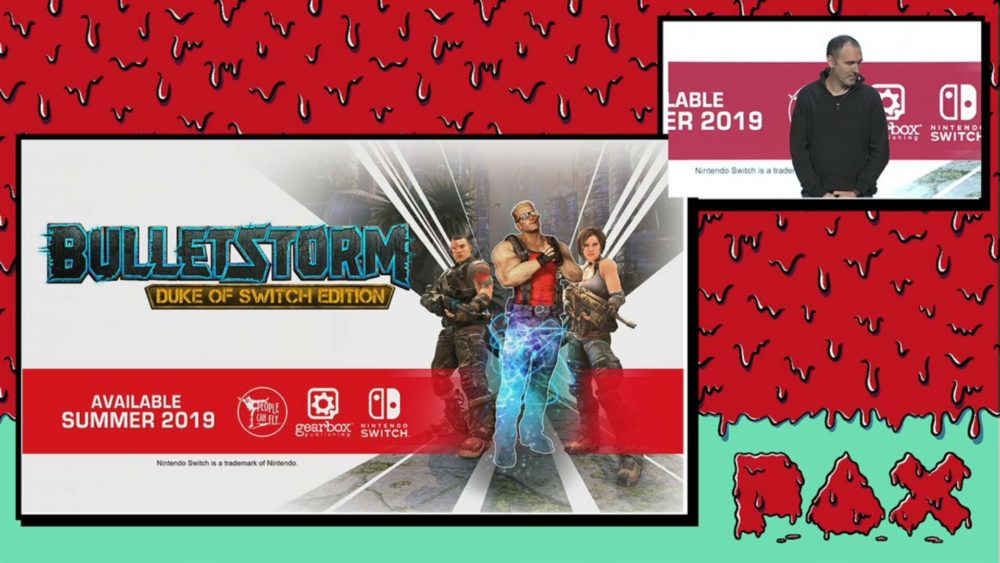 As part of its Pax East showcase, Gearbox Software has announced that the acclaimed first-person shooter Bulletstorm is coming to Nintendo Switch “early” this summer. An all-new definitive version of the game, it’s appropriately titled Duke of Switch.

Gearbox has been teasing a number of reveals over the past couple of days, including one Twitter image of Bulletstorm main protagonists Ishi Sato and Duke Nukem. That led many to correctly presume some sort of Bulletstorm announcement was incoming. Eagle-eyed observers noted that the screenshot had switched the characters from the original cutscene. Now we get the reference.

Bulletstorm is headed to Nintendo Switch in a special package that will include the full game and all DLC. It’s worth noting that the game has already released as a remaster for PS4, Xbox One, and PC under the name ‘Full Clip.’

Upon its initial release back in 2012, Bulletstorm was praised for its over-the-top action and tongue-in-cheek tone, which poked fun at the whole shooter genre. The remastered version brought better visuals and smoother overall performance to the experience, and we’re expecting the Nintendo Switch version of the game to have no trouble running it in similar fidelity.