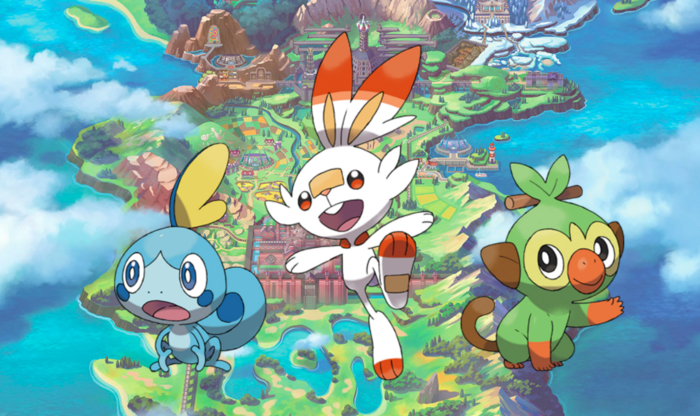 Today, Nintendo and Game Freak have finally announced Pokemon Sword and Pokemon Shield for the Nintendo Switch, and yes, it is definitely the 8th generation of the series –thank goodness.

The Nintendo Direct that aired earlier this morning gave us a glimpse of the new region of Galar and also gave us the first look of the three starter Pokemon: Scorbunny, Grookey, and Sobble.

Scorbunny is fire-type bunny Pokemon that is full of energy, so much energy, that it might’ve bumped its nose pretty hard; that’s just my opinion since it has a huge bandage on his face.

My favorite, Grookey, is a grass-type monkey Pokemon who looks to be mischevious and is full of curiosity. And then we have the shy and timid lizard Pokemon, Sobble, who is a water-type.

After getting a taste of these three Pokemon’s personality, the internet has already begun arguing about which starter is the best choice, all based purely on appearances it seems like. We scoured the Twittersphere and rounded up some of the best reactions to the Pokemon Sword and Pokemon Shield starter Pokemon:

Sobble’s shyness and cutesy nature certainly seem to be getting the attention from a few folks.

I just met sobble for roughly 2 minutes, but if something happened to him i would kill everyone in this room#Pokemon #PokemonDirect #sobble pic.twitter.com/kEhoZzW4Dx

Finished my quick little drawing of #Sobble! I love this little water Lizard so so much!! #pokemon #PokemonSwordShield @Junichi_Masuda pic.twitter.com/clQDKjWxIW

I'm in love. I can't wait to go on an adventure together 💕 #PokemonSwordShield pic.twitter.com/krR5ZYo3FI

The little mischevious monkey that is Grookey is the obvious choice here, but who am I to judge? These people will back me up though, especially this first guy – he knows what’s up, and also, he’s pretty good looking so his pick matters.

I'm a simple girl- I see a monkey starter and I stan forever! #Grookey🌱🐵 pic.twitter.com/TAvrZ7Bkcl

If you're not on #TeamGrookey I don't wanna hear it 😆 pic.twitter.com/D9mE3ljDUj

#pokemon #grookey this is a friend too

there i drew them all pic.twitter.com/UxD24jinl6

The fiery bunny, Scorbunny, has been making waves as well, even drawing comparisons to Looney Tunes characters, Lola Rabbit and Bugs Bunny – whatever makes you happy I guess.

#scorbunny #pokemon I love them pic.twitter.com/ZRcIrFtKSO

This is the first thing I thought of when I saw Scorbunny. pic.twitter.com/jj6yWSYCVH

WELL. I GUESS NOW I KNOW WHAT I’M NAMING MY SCORBUNNY, HUH pic.twitter.com/z9l0t0OkaR

my reasoning for going with scorbunny is, of course

Alright guys, let us know once and for all who your favorite starter Pokemon is? Let us know in the comments below and for all of your Pokemon Sword and Shield news, you can always check back here at Twinfinite!