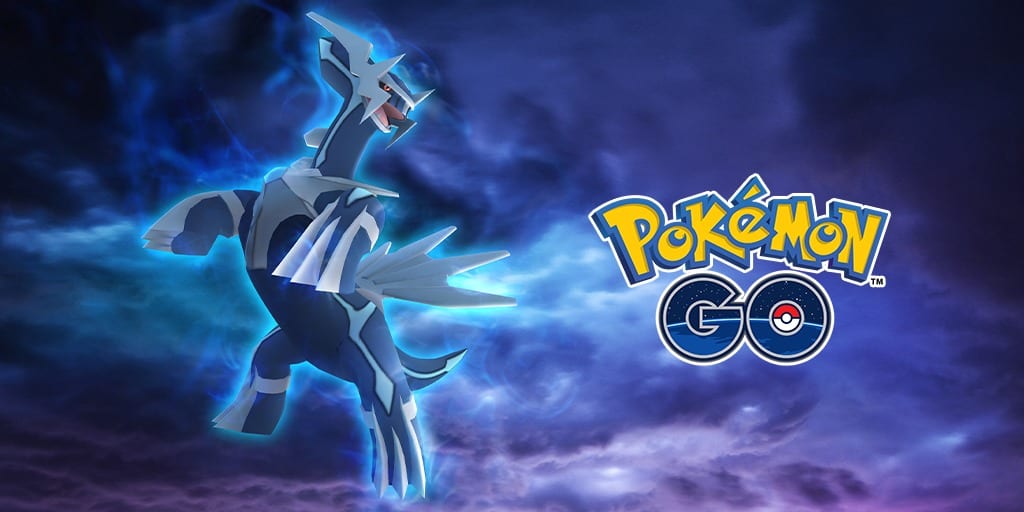 The Pokemon GO team has just announced that Dialga is the legendary raid battle Pokemon for the month of March. Trainers will be able to catch it starting on March 1 at 1 PM PST (4 PM EST) until March 28 at 1 PM PDT (4 PM EDT).

Dialga is a legendary Steel and Dragon-type Temporal Pokemon that is a part of the creation trio from the Sinnoh region and was featured on the box art of Pokemon Diamond.

The Pokemon has earned its legendary status with powerful time altering abilities that can slow down, speed up, and stop time. In the lore of the Pokemon universe, these powers are believed in Sinnoh mythology to be what initially started the movement of time.

As for the best strategy for defeating Dialga, the Pokemon GO team recommends that players “assemble a team that includes Fighting- and Ground-type Pokémon to take down this Legendary Pokémon of Sinnoh before it overpowers your Pokémon with its special attacks!”

This strategy makes sense as it will give trainers the best opportunity for victory by targeting the legendary Pokemon’s weaknesses. Just be sure also to bring your strongest Pokemon to the fight as legendaries can be quite challenging.

Choosing Dialga as March’s legendary raid battle is a great follow up to February’s legendary Pokemon and fellow member of the creation trio, Palkia. Hopefully, fans will find the challenge of capturing next month’s legendary a rewarding and worthwhile experience.

If you want to read the Pokemon GO team’s post cover Dialga, you can find it here. For more on raiding in Pokemon GO, be sure to check out our guide on How to Start a Raid Battle. You can also head over to our extensive guide wiki to help answer any other questions you may have about the game. Pokemon GO is available for free on most mobile platforms.